CAIRO — Arab League chief Nabil Elaraby said Sunday that peace talks aimed at ending the civil war in Syria were scheduled for Nov. 23, but the international envoy for Syria said no date had yet been set for the long-delayed conference.

International efforts to end the 2 1/2 year conflict that has killed more than 100,000 people have stuttered. But a deal last month brokered by Russia and the U.S. for Syria to get rid of its chemical weapons arsenal rekindled efforts to convene the conference, dubbed "Geneva 2."

"I discussed the Syria file with Lakhdar Brahimi and it was decided that the Geneva meeting would take place Nov. 23 and arrangements are being made to prepare for this conference," Elaraby told reporters in Cairo after a meeting with Brahimi, the international envoy for Syria.

"Of course there are many arrangements and many obstacles and difficulties that have to be overcome," he added. 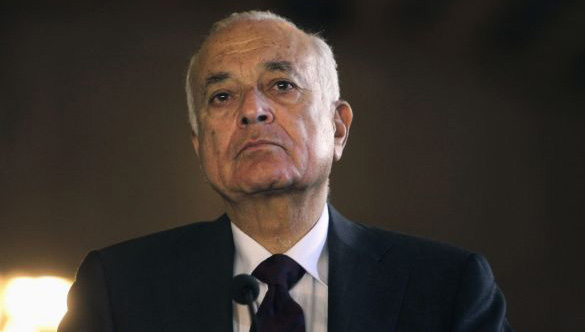 But at the same news conference, Brahimi said: "The date has not been officially set."

A senior Syrian official said last week that the conference was scheduled for Nov. 23 to 24, but co-organizers Russia and the U.S. said no date had been set.

Brahimi said he would travel to Qatar, Turkey, Iran and Syria, as well as Geneva, to meet American, Russian and Security Council member officials "after which a final date for the Geneva 2 conference will be announced."

Iran is Assad's most important regional backer, and the prospect of a peace conference raises questions over whether it will be invited, something Washington has resisted unless Tehran states publicly it would support a transition government in Syria. That would mean Assad should step down. Russia has pushed for Iran to be included in the talks.

Also unclear is who, if anyone, would attend from Syria's divided opposition coalition.

Najib Ghadbian, the opposition coalition's U.S. representative, said an important component of the coalition had decided against taking part, but other members of the umbrella group could still decide to go, assuming Assad was not there.

Assad's government has said it would not consider any deal that required the president to step down.

Brahimi, who earlier said there would be no preconditions to attending the peace talks, said Sunday the opposition was facing "many problems."

"A conference will not be convened without a convincing opposition that represents an important part of Syria's opposition population," Brahimi said.

A "Friends of Syria" meeting, which will include officials from Western and Gulf Arab countries, is due to take place in London on Oct. 22.