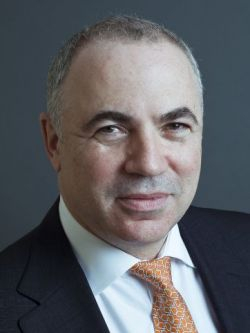 One of the hallmarks of career success inside organizations is the ability of a new or recently promoted employee to successfully transition into a new or expanded leadership role.

The high impact and cost of new individual executive-level employees (whether external or internal individuals) derailing within the first year is staggering. ManpowerGroup has found that more than 40 to 50 percent of senior outside hires fail to achieve results.

The reason for most of these failures is not the lack of intelligence (IQ), skills or experience, but rather the inability of these executives to assimilate effectively into the new culture or new role and make the necessary "mindset shift" as they go through fundamental changes in roles.

Four keys can help these individuals succeed in their new role and help prevent them from derailing:

Key №1 The Wisdom of designating an on-Boarding Coach

To help the new leader to assimilate, it is imperative that the organization designate a senior-level executive to act as a resource for the newly hired or newly promoted executive. This resource person can be considered an "on-boarding coach" who can address the culture, context, and needed "mindset shift" to accelerate the executive's assimilation into his or her new responsibilities. By addressing these issues, newly placed executives are in a better position to accelerate their contributions to their organization, which is certainly critical today.

Actions a career practitioner can take for Key №1:

As a career professional, you can help your organization identify the best person to act as this on-boarding coach, or you can suggest taking on this role yourself, if that is appropriate.

These executives need to be aware of their own emotional intelligence as they navigate through their organization, especially if they are newly hired or newly promoted. They need to master intrapersonal awareness — where they are in sync with their internal emotions (self-awareness and selfmanagement) as well as interpersonal awareness (social awareness and relationship management) in regard to how they relate to other people around them. In many organizations, it is a matter of moving individuals from a place of high IQ to high EQ.

Actions a career practitioner can take for Key №2:

Consider having a discussion with the new hires you coach about the value of EQ as it relates to their new responsibilities. Though many executive level employees have taken part in EQ training, it is still vital that new or recently promoted hires understand their own strengths and areas for further development regarding their interpersonal skills, which are so critical in getting work accomplished.

As individuals become more familiar with their surroundings during the on-boarding process, it is critically important that they use situational leadership skills as they communicate with the people around them — including those who report to them, those they report to, and their colleagues, as well. It is essential as these new leaders build their team, they understand the commitment level and areas of competence for each team member so that the new leaders can determine how they can delegate, support, mentor, or coach each member to reach the overall goals of the team and the organization.

Actions a career practitioner can take for Key № 3:

The career practitioner coaching a new hire might administer appropriate leadership assessments and offer an interpretation of the assessment focused on team building.

Actions a career practitioner can take for Key № 4:

Make certain that you are getting the support you need to coach executive level new hires and those newly promoted. Also consider who you can partner with inside the organization to best support and position the employees you are working with to achieve success for them and the organization.