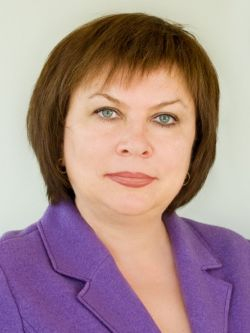 Over the past few months numerous attempts have been made to extend anti-monopoly legislation to intellectual property (IP) and means of identification. There have also been a number of discussions about so-called "monopoly" IP rights. It is often claimed that such monopoly rights are excessive and adversely affect scientific and technical development, and that certain limits should be imposed.

At the same time, however, many academics and legal practitioners specializing in IP believe that the current legal framework for regulating IP rights in Russia, from the perspective of competition, is appropriate in the given market environment and consistent with international standards in this area.

Advocates of the abolition or limitation of "monopoly" exclusive rights tend to ignore the need to balance the interests of all participants in civil law relationships where IP items are created and used. First and foremost, they disregard the rights of the creators of intellectual property — the very same people who are at the forefront of advances in science and technologies.

It is detrimental to apply mechanically the rules of competition legislation to relationships that are governed by another area of law.

It would appear that current Russian legislation has plenty of rules that limit the rights to use IP when these rights are at variance with or contravene public interest. It is not only unreasonable, but is even detrimental to apply mechanically the rules of competition legislation to the relationships governed by another area of law (These rules aim, among other things, to establish the organizational and legal framework for protecting competition, including preventing and restraining monopoly activities, unfair competition and any actions of the federal executive bodies and governments of Russia's constituent entities and local authorities aimed at preventing, restricting or eliminating competition.). Moreover, it should be recalled that Article 10 of the Competition Law does not apply to exclusive rights to intellectual property and equivalent means of identification of a legal entity, means of identification of products, work or services.

It goes without saying that some provisions could be improved, including definitions of actions that constitute unfair competition; they could be applied to the unlawful use of IP and means of identification without the consent of the right holder. There is apparently no difference between actions that constitute, for instance, an unlawful use of trademarks and actions deemed unfair competition, also with respect to trademarks. Yet, it is impossible to classify simulation or imitation from the perspective of the Competition Law. Another example: foreign legislation and case law describe such an offense as sponging on a competitor's reputation, intellectual property and means of identification. Unfortunately, this concept is not covered in the Russian law.

At this point in time, it would probably be more beneficial if legislators concentrated on improving those provisions of the Competition Law that really need improvement.