A man in Ukraine has found a canine whose piercing gaze is strangely reminiscent of President Vladimir Putin's.

The dog, found in central Kiev and first reported by the website Obozrevatel.com, is thought to be a mix between a Staffordshire terrier and a German shepherd.

The canine even appears dressed to be a head of state, with  white markings on its chest seemingly  forming a furry tie.

Further details about the dog — and the man who found it — were not immediately available.

Internet commentators were quick to joke about the dog, saying that Putin looks more like the dog than the dog looks like Putin and making references to Mikhail Bulgakov's "Heart of a Dog," in which a dog turns into a man.

Putin has come under harsh international criticism for an anti-gay law passed in June. Supporters of the vaguely worded law say it aims to protect society by making it a crime to "promote" homosexuality among minors. But gay rights defenders say the law has fueled homophobia and led to a surge in attacks, sometimes violent, against gays.


Other Internet users were also amused by the dog photo. A Russian blogger on LiveJournal cautioned, "Just don't make this dog angry," while other people expressed fears — albeit half-jokingly — that the dog's owner might have already been arrested.

Putin, whose press service had no immediate comment about the photo, would perhaps like meeting his doppelganger dog, as the president is an avid dog-lover and owns several of his own. 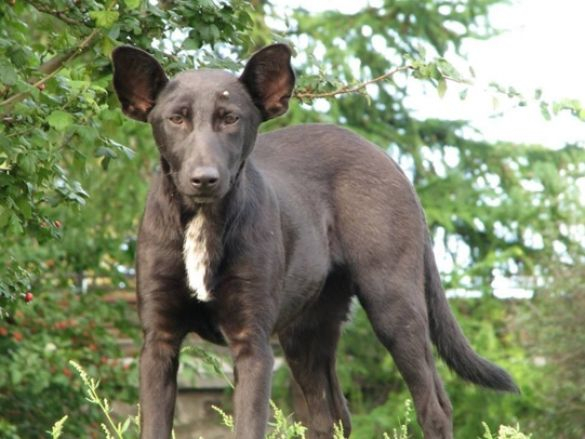 Little is known about this dog, whose photo was first published by the website oborezatel.com.