For a long time, LGBT rights activists in Russia had to carry out their work in secret for fear of reprisal due to the country's political and cultural climate.

Though they are now more visible and socially active, the environment is still challenging for their work. Nonetheless, many individuals and organizations are taking more public stances through advocacy and by offering support to the LGBT community.

Following our list of Villains of Russia's Gay Rights Movement, this list profiles some of the movement's heroes. 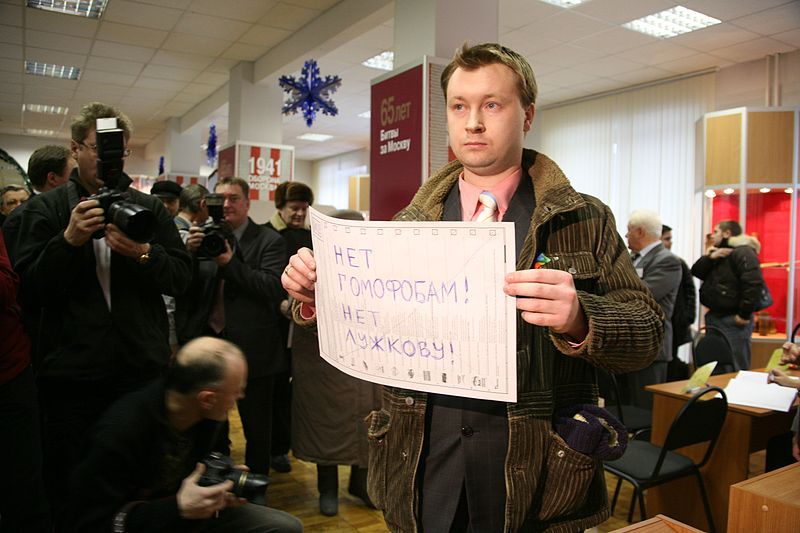 Alexseev is a lawyer, journalist and the leader and face of the LGBT community in Russia. (Niko111 / Wikicommons)

Over the past decade, Alexeyev has being one of the driving forces behind raising awareness of LGBT issues in Russia. He founded and organizes the Moscow Pride festival, first held in 2006, and banned in 2012 for 100 years by Moscow authorities. He also founded Gayrussia.ru, an LGBT rights advocacy platform that regularly campaigns and organizes actions on related issues (for example, hate speech, a proposed blood donation ban for gays, etc.) and provides news through its media service.

State Duma Deputies Olga Batalina and Yelena Mizulina, who made it on our list of villains, have asked for legal action to be taken against Alexeyev over remarks he made on Twitter. He is no stranger to arrests and criminal charges, but Mizulina said she hoped his punishment would be community service "somewhere where he can't be involved in gay propaganda, like in a morgue."

Of late, Alexeyev has changed his tone, remarking in an opinion piece published by Kremlin mouthpiece Russia Today that the LGBT movement is a Western, anti-Russian plot and that the West should not meddle in Russia's affairs, leading many other activists to be suspicious regarding his change in attitude.

He recently called on President Vladimir Putin to meet with him to discuss the LGBT situation in Russia. He has apparently not yet received a response. 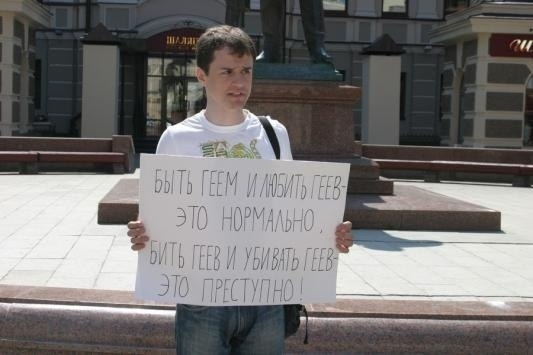 Isakov staged a one-man protest in the center of ­Kazan on June 30 and was subsequently charged under the law banning gay propaganda to minors.

Apart from potentially becoming the first person to be convicted under the new national anti-gay law, the 24-year old was fired from his job at Sberbank and was left on crutches for 10 days due to beatings he allegedly received from the police. 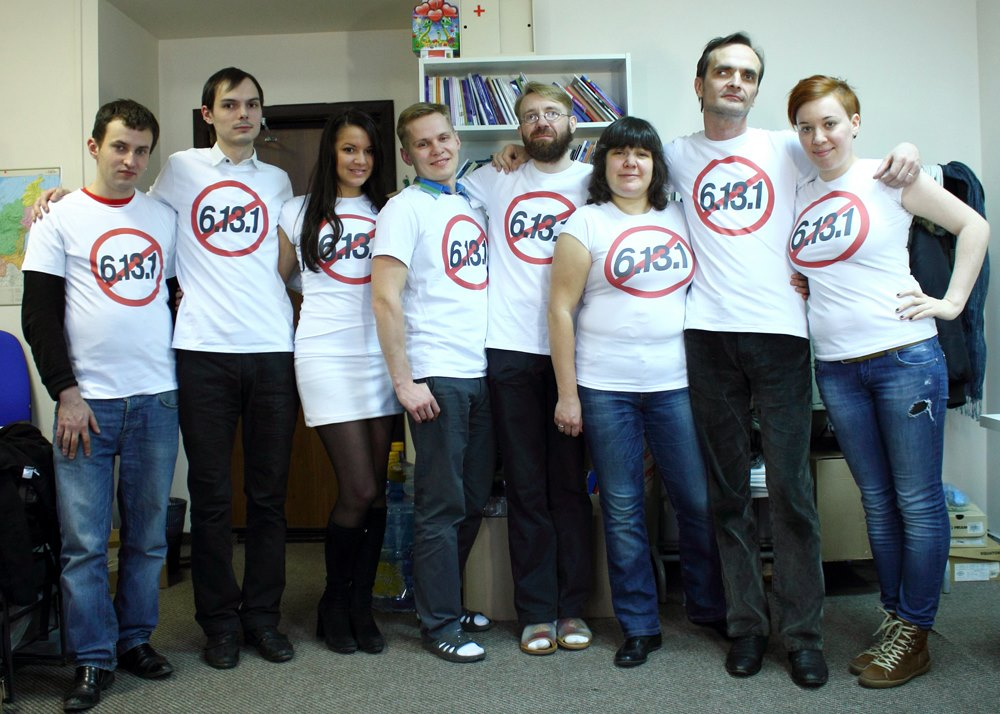 Staff of the Russian LGBT Network showing their opposition to Article 6.13.1, the law against homosexual propaganda to minors. (LGBT Network / Facebook)

Public rights activist Igor Kochetkov (second from right) is the leader of the LGBT Network, an interregional NGO founded in 2006 that works at the federal level on human rights issues in Russia. He has worked in the LGBT community since 2004, drawing attention to issues surrounding homophobia and discrimination, and was formerly director of  the group Coming Out.

The network has grown steadily over the years and now consists of 16 regional divisions in Russia, working at the grassroots level, training activists on strategy and policy as well as providing psychological counseling and legal support.

Earlier this month, Kochetkov was among a group of activists who met with U.S. President Barack Obama in St. Petersburg following the Group of 20 summit, sharing with him his experiences campaigning for LGBT rights in Russia.

4. Anna Anisimova
The "rainbow column" of Coming Out demonstrating against discrimination on 1 May 2012 (Roman Melnik / Coming Out)

Anna Anisimova is the director of Coming Out, a LGBT organization based in St. Petersburg involved in advocacy and lobbying against discrimination and providing support for the LGBT community.

The organization had to suspend its activities as a result of the law on "foreign agents" and was fined 500,000 rubles for not registering in accordance with the law. Anisimova, was also fined 300,000 rubles for failing to adhere to the law. 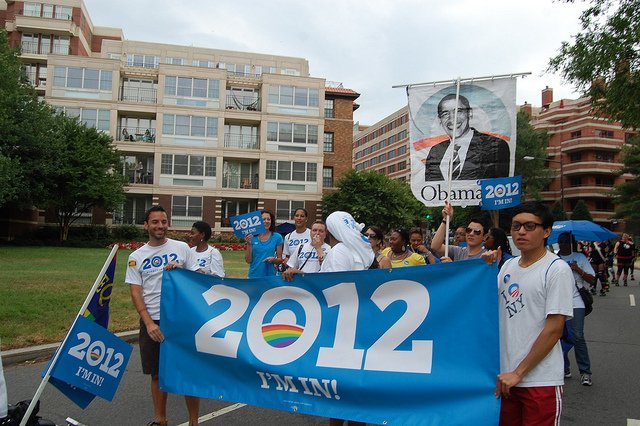 LGBT activists rallying around Obama in his reelection campaign. The American president has signaled his support for equality and non-discrimination. (mdfriendofhilary / Flickr)

American authorities have long raised questions about human rights and LGBT issues in Russia, and Obama sent a clear signal during his visit to St. Petersburg for the G20 summit, where he organized a meeting with human rights and LGBT activists amid a busy schedule and ongoing negotiations regarding the conflict in Syria.

For a more detailed background to the current situation in Russia, read Michael Bohm's Opinion piece for The Moscow Times, "The Roots of Russia's Homophobia."