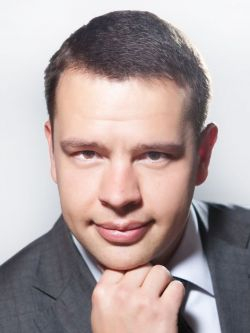 The Russian government showed unusual legislative activity over the past nine months in regard to matters of key business importance. First of all, a number of amendments to the Russian Civil Code were introduced as a part of the civil law reform in Russia. The amendments cover such important matters as state registration of legal entities and real property rights, power of attorney, invalidity of transactions, securities, objects of civil law, and many others. Also, the Federal Service for Securities Markets was liquidated as of Sept. 01, 2013, and its powers were transferred to the Central Bank of Russia. A significant block of amendments was introduced to the Federal Law "On Securities Market," including the set of changes effective as of July 01, 2014 aimed at protecting the rights of bondholders, such as introduction of representatives of bondholder and general meetings of bondholders. Considerable changes to the laws were made in order to tighten anti-money laundering legislation in Russia.

In this short article, it is impossible not even to analyze, but simply to list all the changes and their long-term effect on the legal doctrine and business practice; moreover, further changes are expected to be adopted during the autumn session of the State Duma. Therefore, here we will demonstrate only selected examples of those changes to the Russian Civil Code that are new for civil legislation and may lead to significant disputes in the course of their application.

As of March 01, 2013, the Civil Code was amended with the new Article 8.1 regulating the matters of the state registration of real property rights. This Article, inter alia, provides for a right of a person or entity, whose property right was registered earlier, to introduce a so-called "mark" to the state register of the immovable property indicating that it challenged the registered right. Such a mark may be introduced by a person or entity only once for a maximum term of three months and afterwards it must be removed or can be replaced by an indication that the right is challenged in court.

Apparently, this regulation is aimed at protecting title holders whose rights were abused, as well as other market participants relying on the public register data. However, it also creates the opportunity for bad-faith parties to create unjustified obstacles for transactions with real property and undermines the reliability of the public register.

(b) State registration of legal entities

These provisions are supposed to help in protecting the rights of persons or entities challenging the records in the state register of legal entities; however, the same regulations may be an effective instrument for bad-faith market participants, especially if the law states that the process of considering the claim by the registration authority shall suspend the registration process accordingly.

As of Sept. 01, 2013, pursuant to the restated Article 185 of the Civil Code, it is possible to issue a power of attorney for the joint exercise of rights, which gives the companies the ability to implement the mechanics of joint signing of the documents, which was hardly achievable earlier.

As of Sept. 01, 2013, the first part of the Civil Code is amended with new Chapter 9.1 "Meetings' resolutions." It means that now the legislation defines a unified minimal standard of any meetings of so-called "civil-law communities," starting from the meetings of flat owners in a block of flats and up to complex meetings of shareholders or bondholders. Such a set of regulations is obviously a positive development, since now, if the law provides for the possibility of handling a meeting, the rights of its participants will be protected, even if the law does not explicitly provide for any special means of protection.

On the other side, certain rules of this Chapter are rather questionable.For example, the procedure of challenging resolutions of "civil-law community" meetings is rather formalistic and complicated, which makes the procedure very difficult for practical implementation.

The above examples show that, although the amendments to the Civil Code may seem to be rather positive from the first sight, in fact they are controversial and require further efforts to be properly integrated to the existing legal system. Moreover, a significant number of amendments to the different parts and chapters of the Civil Code and other laws will definitely lead to new interpretation and disruption of the court practice. Therefore, understanding of the recent amendments to the Russian law and reliable forecast of their effect on the court cases by the lawyers in Russia will be of vital importance for the market players.