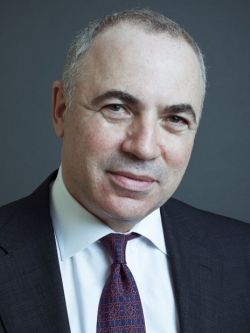 The world is undergoing a rapid and complete transformation. The new macro-ecosystem in which we exist is more interconnected, complicated and sensitive than ever before. Economic, political, social and ecological issues are tied up together in ways we are only beginning to understand. These delicately interconnecting relationships will have monumental implications for the world of work. Organizations will need to consider the impact of numerous factors which previously had little or no impact on the world of work — this is totally different in the intermeshed web of the Human Age ecosystem (i.e. new and growing axes of bifurcation, shifting power dynamics, radical new technologies, unforeseen scarcities). In this era of change and dramatic reinvention, human capital has become the key differentiator and it is through unleashing human potential that organizations, individuals and governments alike will navigate and adapt to this new reality.

The last 250 years have been critical in the history of capitalism. The second half of the 19th century brought the industrial revolution, along with enormous gains in productivity, and an approach to using the earth's resources without much thought for the future. This model has structured most of the 20th century and set the stage for the fundamentals of capitalism as we know it. That period was followed by a century of economic transformation, including a huge demographic explosion (from 1 billion in 1870 to 7 billion today). It led to the development of all the economic systems and ideologies we are still working under, from Marx to Keynes in economy, to Peter Druker and others in management.

From 1960 to 2010 was a period of developing ecological consciousness coupled with intense technological development. It saw incredible economic growth, leading many to believe that, even with the energy and resources shortage, technology could bring long-term solutions. It ended with a major financial and economic crisis for the old world, and left a more interconnected and socially, politically, and environmentally aware world than ever before.

We are shifting from a social model based on the belief that resources are infinite (and therefore a stocks-management approach) to a model based on the understanding that resources are finite (to be reused, recycled and renewed). New thinking and new ideologies are starting to emerge. Talentism has become the new Capitalism. This is the Human Age.

It will certainly lead to a century of profound changes, including transforming the way we think about the economy, management, the role of the private sector, the structure of the corporation and even what it means to be human in the 21st century.

The question is whether changes in our economic and political systems will be incremental or if we will see more and more "big bands" that suddenly speed up the rate of change and highlight new ways in which the Human Age is transforming our world. The financial crisis and the Arab Spring were examples of "Big Bands." The Fukushima accident in Japan was the catalyst for proposals on how much an incremental energy model change would be accepted versus how more radical changes, like completely new policies for nuclear energy, should be implemented. This question of incremental change versus big bands applies to many fields, from urban planning for the post-automobile age to management of corporations in a collaborative era. Either way, corporations will have to plan carefully for change, a contradiction in terms since the one certainty in the Human Age, is that the future is uncertain.