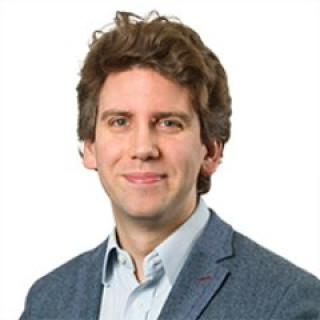 Last week's raid on a Georgian restaurant in Moscow brought back bad memories of the "wild '90s," when Russian business was characterized by groups of masked young men carrying firearms or other weapons, forcing their way into offices to take physical control of the premises. Notwithstanding this incident, such events today are thankfully rare. What has definitely changed is the way these conflicts are handled. Unlike the classic '90s-style raids, where the raider was an outsider, today's raider is more likely to be an insider. The Russian subsidiaries of foreign-owned businesses are particularly susceptible.

When there is a serious conflict with one of our clients, we usually get a call from the CFO or someone in the audit or legal departments. The problem is that the client's Russian subsidiary has "disappeared." In some cases, the news comes out of the blue. They have been alerted by a disgruntled employee or received a letter from the local general director. In others, all communications have suddenly ceased, leaving colleagues and staff at headquarters mystified, worried and locked out of their offices. And in others, a long-running dispute suddenly takes an unexpected turn.

At some point, the Russian general director decides, often in collaboration with his management team, that the local subsidiary would be better off without this interference from headquarters. They thus decide to "go it alone," severing ties with headquarters and creating a new, parallel company to which all corporate assets — contracts with employees and clients, physical assets such as office space, desks and computers — can be transferred.

With Russia's relationship and network-based business culture, resistance is often limited. Local employees feel that their first loyalty lies with the local general director or managers who hired and trained them, rather than remote corporations overseas. Clients are more likely to trust people they know in person to deliver on promised goods and services than distant executives, no matter how strong a brand. And thus in a few short steps, sometimes without even a change of office, the local subsidiary is transformed into a new, locally owned and controlled business.

More often than not, the trigger for these events has been some kind of conflict between the local subsidiary and its parent company overseas. We often hear cases of fundamental differences between local company management and parent company staff. These conflicts often focus on the subsidiary's nontransparent business practices, distribution of earnings or mismanaged funds. Local managers complain of lack of support or unrealistic expectations, while the parent company accuses local management of poor communications or failure to change poor business practices. Key managers fly in from headquarters but fail to stay long enough to really engage with local staff or understand the pressures they face. As long as financial results are met and other indicators remain positive, corporate management may prefer to focus its limited resources on more tangible issues elsewhere.

As anyone with experience of doing business in Russia will tell you, there tends to be a disproportionate importance attached to the form of doing business rather than the content. One way this manifests itself is in large amounts of documentation which need to be appropriately signed and stamped by the relevant authorities. The company seal, without which no corporate document can be considered legitimate, becomes a jealously guarded sacred object with disproportionate significance invested in it, like some kind of talismanic orb or sceptre. (Ironically, a copy of this same company seal can be purchased quite legitimately for a few hundred roubles from almost any stationery or office supply shop.) The local general director may legally sign over assets within his business to a newly registered company. As long as the instruction documents are appropriately signed and stamped, this is all perfectly legitimate and legal.

By the time events have reached this point, there is usually little the parent company can do to recover the situation. Attempts to recover physical assets such as office space, files or corporate equipment may be fruitful, and we will always advise clients to take local legal advice as a first step. Once computer hardware such as laptops or servers are recovered, forensic imaging of files and electronic correspondence may provide evidence of who acted when and upon whose instructions.

Helping our clients to understand how their business was vulnerable can provide the basis for a recovery strategy. But even prima facie evidence showing that the local general director or other managers failed to act in the interests of the parent company may not be enough. Russian corporate legislation is quite clear about the duties and responsibilities of a local general director. While the parent company may feel they have been swindled, a Russian court is unlikely to support any action without clear evidence that the country's laws were broken.

The lesson for companies managing Russian subsidiaries is clear: An ounce of prevention is worth a pound of cure. Oversight of businesses operating here needs to be regular, consistent and transparent. Failure to exercise tight management control could be expensive and makes it more likely that one day you, too, could find yourself explaining to the board how your Russian subsidiary "disappeared."