Now that U.S. intelligence leaker Edward Snowden is a genuine expat, armed with papers giving him refugee status for one year and free to roam Russia's capital while he figures out his next move, here is a list of 10 do's and don'ts that he should keep in mind. 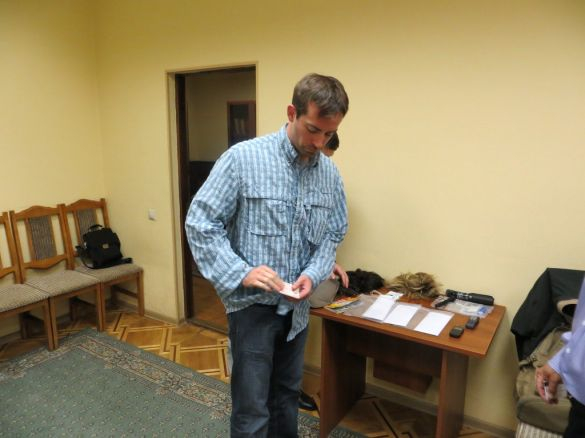 Ryan Fogle pictured in May with two wigs at an FSB office. The wigs could come in handy. (FSB photo)

1. Get a haircut and a change of clothes. Even a few hours lugging bags and chasing the right gate in that transit zone of Sheremetyevo Airport can leave the hardiest traveler grizzled and pungent.

Also, considering the fact that you might want to control where and when you are recognized, ask your friends in the Federal Security Service if you can borrow one of U.S. diplomat Ryan Fogle's wigs, since he probably didn't take them with him when he was expelled on spying allegations in May.

If you are really concerned, take up the offer of a Moscow plastic surgeon to do a million rubles worth of pro bono work. 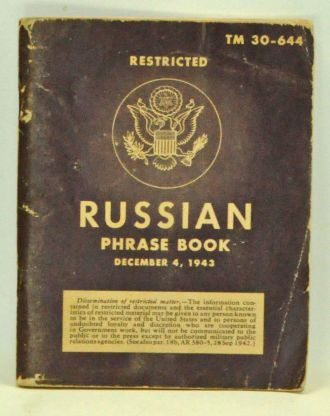 2. If you didn't learn Russian during those lonely hours at the airport, start now. Any expat who has lived in Moscow for more than two years will tell you that the only way to succeed in this country and make the most of your stay is to be able to communicate in Russian. You can begin with phrase-book basics while taking public transportation. Depending on whom you engage, you'll eventually have a solid vocabulary of mat. 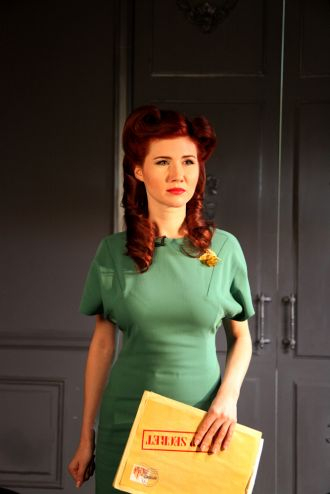 Anna Chapman's marriage proposal might not be worth your time. (annachapman.ru)

3. Get to know the finest things that the country has to offer. If your Russian lawyer shrewdly negotiated for you the right to use a flashing blue light as part of your deal to get documents allowing you to leave the transit zone, you won't be able to experience the true joy of Moscow traffic jams.

But one thing you probably haven't experienced yet is Russian female companionship — considered by some expats to be the country's most precious natural resource after oil. Pass up the tweeted marriage proposal from former sleeper spy Anna Chapman, since she has spent so much time thinking she was a foreigner she doesn't count as a local anymore.

And experienced expats say the Hungry Duck isn't what it used to be.

But you could place a classified ad in an English-language newspaper: "SWW (whistleblower) seeks female companion. Length of relationship to be determined by international justice system. Honeymoon guaranteed, but list of possible destinations quite limited. Write to Edichka at …" 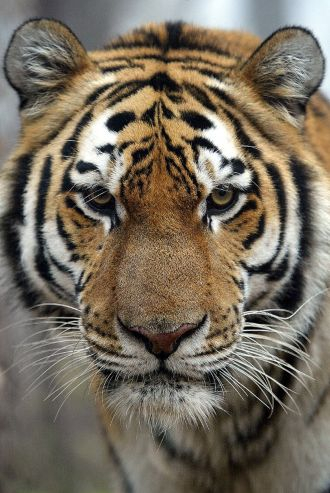 Show you're a man. Wrestle a tiger at the Moscow Zoo. (Vladimir Filonov / MT)

4. Make female friends. This point needs to be underscored because it is all the more important in the current political environment.

Don't act effeminate, at least in public. With foreigners being booted out of the country for even talking about homosexuality amid a homophobic frenzy whipped up by anti-gay legislation, your best bet is to do the macho routine. If you can't afford a mini-sub ride or a flight with cranes, stop by the Moscow Zoo — a must-see for visitors anyway — and try to wrestle a tiger. Make sure a crowd is watching. 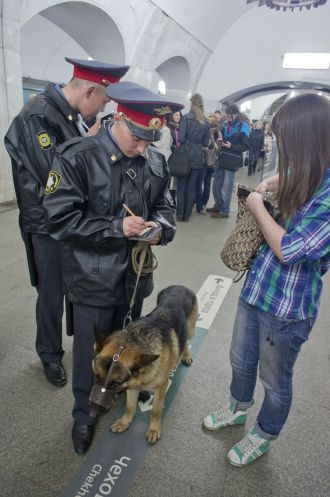 Don't forget your refugee papers in case you are stopped for a document check. (Vladimir Filonov / MT)

5. Personal safety is an issue here as it is in any big city. The streets are rather quiet, even at night. But all prominent figures surround themselves with bodyguards 24/7, so consider taking up the FSB offer for round-the-clock protection.

But if you decide to pass up the offer for the sake of privacy and anonymity, make sure you have your paperwork in order when taking a stroll on the off-chance you get stopped by the police, Cossacks, or both.

Keep in mind that most beat officers haven't seen American leaker-temporary-political-asylum paperwork. If you stammer out, "Ya ne ponidelnik," ("I'm not Monday") instead of "Ya ne ponimau" ("I don't understand"), it will be perfectly clear to the officer that you don't, and he is likely to send you on your way. As long as there is no hint of a Tajik accent in your pronunciation. 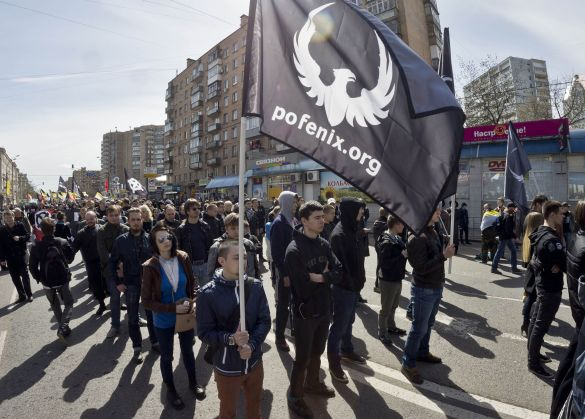 Check out an opposition group like this one, which backs political prisoners at a May rally. (Vladimir Filonov / MT)

6. Just for fun, join a nongovernmental organization or opposition party and help the group develop its moral outrage strategy as well as its surveillance countermeasures. 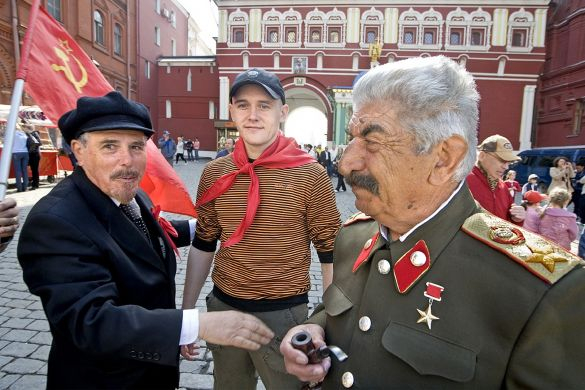 Get your photo taken with a Lenin or Stalin lookalike. (Vladimir Filonov / MT)

7. Sooner or later you'll have to go to Red Square. Just make sure it's on a day when whistleblower Alexei Navalny is not released, imprisoned or convicted, or it might be closed. Get the mandatory snapshots with the actors who resemble Lenin, Stalin and Nicholas II and e-mail them to your father. He misses you. 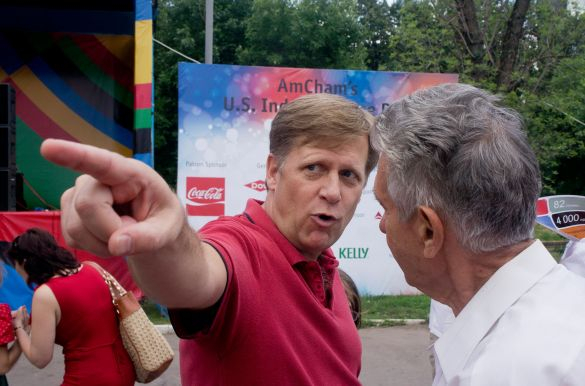 8. Even better, apply for Individual Entrepreneur status, pay an obscene amount for your license and pension contribution, and start selling photo opportunities with yourself on Red Square. You'll make a fortune.

But if anyone looking like U.S. Ambassador Michael McFaul gets in line, make sure he is not concealing a pair of handcuffs before he shakes your hand for the shot. 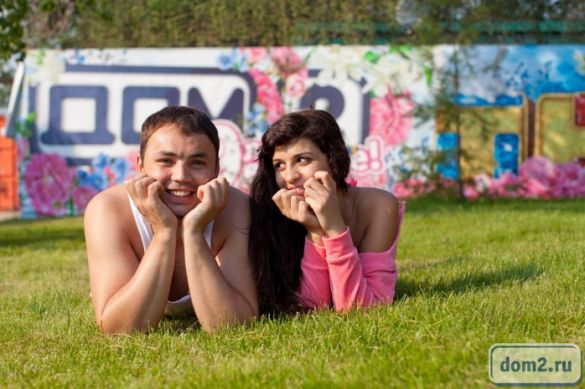 9. Find suitable housing. After your stint at the airport, you're familiar with local hotel rates, which helped Moscow win the ranking of the second most expensive city in the world for foreigners last month.

Long-term apartment rentals are possible, though you might need a passport to finalize a contract.

You can always take advantage of that great American cultural export called reality television and vie for an appearance on "Dom 2," which could provide a roof over your head for a few weeks. The success of your performance will depend on how much more pointless bickering you can add, so take point No. 2 — learn Russian — seriously early on. At the very least, the experience will help you make new friends. 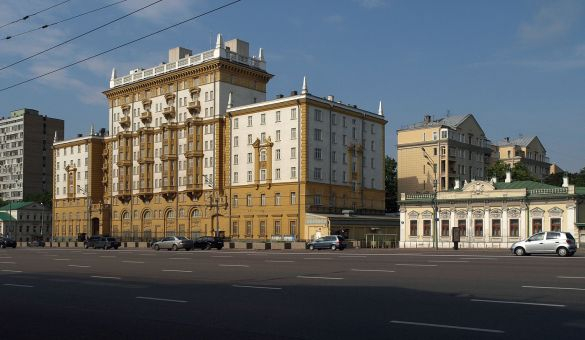 Visit the U.S. Embassy at your own risk. (Wikicommons)

10. If you are feeling particularly brave, stop by the American Citizens Services section of the U.S. Embassy for a new passport. They are polite and efficient. Don't act nervous if they seem to be taking a little bit more time with your application.

On second thought, maybe you should skip this one.

The strikes underline "the very real risk of a nuclear disaster," according to the director general of the IAEA.