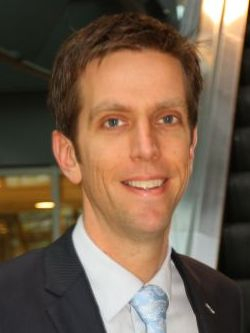 This year marks a 400-year relationship between Russia and the Netherlands. The Russian-Dutch relationship is being celebrated extensively with joint economic, social and cultural events in both countries. Russia and the Netherlands have developed close ties in numerous fields like agriculture and food, health products, natural resources and, of course, football. There is also a strong link in the field of financing. Many Russian companies are financed by ING Bank, a Dutch bank. Another financing aspect is the holding structures containing Dutch intermediate companies which are used for investments by foreign investors into the Russian economy and vice versa, for foreign investments by Russian investors. In 2011, 12 percent of these foreign direct investments into Russia, which could have come from all over the world, were channeled via the Netherlands.

Being a small country with an open economy, the Netherlands has actively developed an attractive tax climate for its multinationals, such as Royal Dutch Shell, Heineken, Unilever and Philips, to enable these corporations to allocate their investments efficiently around the globe. The attractive holding, financing and royalty structure regimes of the Netherlands involve reduced withholding tax rates on the basis of bilateral tax treaties and EU-directives, exemption from taxation of payments of licenses and interest, exemption from corporate income tax of incoming dividends and capital gains, full deductibility of interest expenses for corporate income tax, with only anti-abuse regulations for holding companies and an advance ruling practice assuring the future taxation of investments.

In particular, Royal Dutch Shell has lobbied for the extension of the web of bilateral double taxation treaties, which the Netherlands has concluded with almost 100 countries. These treaties try to avoid double taxations. Moreover, these treaties generally lower the dividend withholding tax rates. The Netherlands have also developed a dense network of bilateral investment protection treaties to secure assets of Dutch entities abroad, and these treaties are actively supported by the government.

Not only Dutch multinationals are benefiting from the attractive Dutch business environment. Foreign companies also establish Dutch intermediate companies to structure their investments. The role of the Netherlands as a hub to structure foreign direct investments could further extend because of its well-developed and stable legal, financial and political system. Its central position in Western Europe with a large airport, Schiphol, and harbor, Rotterdam, is also an advantage.

Nowadays, many Russian companies with well known names such as VimpelCom and Alfa Bank have holding companies in the Netherlands, though medium-sized Russian companies with international operations also do. Many companies, such as Gazprom and LUKOIL, have already taken the opportunity to extend their holding activities with operational activities using the central position and excellent infrastructure of the Netherlands.

A great stimulant to the influx of Russian holding companies into the Netherlands has been a Dutch juridical case in the Yukos receivership procedure. Yukos had a part of its activities structured via a Dutch holding company. Despite many efforts of the Russian receiver, the Dutch Supreme Court ruled in its verdict that the Russian receiver was not entitled to the Dutch assets of Yukos for an estimated amount of $2 billion. The investors of Yukos saw their Dutch assets protected because of the territorial approach of the Netherlands to bankruptcies (the bankruptcy of a foreign group of companies will not directly result in the bankruptcy of its Dutch subsidiary) and the absence of any relevant agreement between Russia and the Netherlands. The Dutch level of asset protection is unique in comparison to other jurisdictions with attractive holding regimes.

The growth of the Russian economy combined with an ongoing increase of the level of international operations carried out by Russian companies means that the Dutch holding, financing and royalty regime could offer great benefits to an increasing amount of Russian companies. The competitive level of taxation in the Netherlands, absence of the Dutch tax regime on any governmental black list, Dutch AAA credit rating and unique level of asset protection — not to mention the fact that it's a pleasant and convenient place for travel — make the Netherlands a distinct jurisdiction to structure any kind of investment.