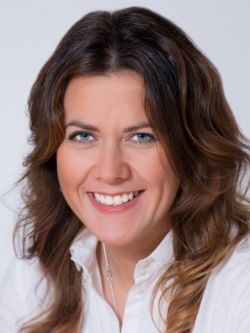 Most lessees of high-quality office premises in Moscow today organize their working space in big business centers, dozens of which have been built within the Third Ring Road in the past 15 years. However, despite the abundance of such propositions in the center of the city, not all companies give preference for skyscrapers similar to the towers of Moskva-City. Some customers value privacy, and such lessees willingly rent offices both in club business centers and in mansions in the old part of the city. For them, a small representative office is part of their image, confirmation of their status.

As statistics show, the main share of the demand for representative offices in Moscow is formed by big Russian and Western companies that usually place a small front office with an area of up to 3,000 square meters in the center and a back office outside the Third Ring Road. Besides those, other lessees in this segment are companies that take a special place in the market in their sector and demand non-standard office solutions connected with their business specificity and marketing strategy. Such lessees try to create a special impression and emphasize their exceptional reputation and position in business. For example, such companies are banks and consulting agencies that often buy a historical mansion or a small building in the center of the city for their branch or head office.

Another category of customers renting representative offices within the Garden Ring Road comprises big Russian corporations that occupy whole buildings with an area of over 20,000 square meters. As a rule, contracts with them were made as far back as during the epoch of real estate market establishment for a very long period of time, so the number of free representative offices of such sizes in the center of the city is approaching zero.

Although the segment of representative offices in Moscow is poorly developed, it has good prospects; demand for unique buildings is growing.

A separate segment is made up of representative offices located in historical mansions. Despite the fact that formally such buildings do not belong to any segment of office real estate, the demand for them remains high, whereas rental rates in correctly reconstructed mansions are at the upper limit of the price range for Class A office premises. The main benefit of mansions is their unique and secluded location. However, the number of drawbacks is much bigger, unfortunately. Most objects of that kind do not meet modern requirements. First of all, they have ineffective planning, obsolete utilities, absence of air conditioning or fire extinguishing systems. Besides, mansions are not serviced by professional managing companies.

Another drawback of historical mansions is serious usage-related restrictions. Federal and municipal authorities impose many restrictions on the reconstruction of mansions that are the objects of historical and cultural heritage. Thus, the owner of such an object must coordinate any construction and economic activities with public officials. Moreover, restrictions affect not only the direct owners of such buildings, but also their lessees. They significantly reduce the range of lessees' options and imply restrictions for preserving the interior of mansions. The specific design of internal premises in old buildings does not allow companies to organize a fully functional up-to-date office.

Meanwhile, the demand for representative offices and club business centers in Moscow remains high, and such objects enter the market from time to time, despite the shortage of land plots for construction within the Third Ring Road. At the same time, it should be noted that some newly-built objects from this category do not meet the characteristics of a successful representative office.

The reconstruction of historical mansions demands not only serious material expenditures, but also corresponding experience from developers. Now the segment of high-quality representative mansions has formed a certain shortage of offers, though the issue of organizing club-type offices in the center of the capital city is still acute. It is particularly relevant to Class A objects. Today, the market has only one object of that kind: Domino Business House on Pyatnitskaya Ulitsa.

Ideally, a representative office should be a detached building or a complex of buildings with a premium location, an area of up to 10,000 square meters, with its own territory and recreation areas, effective planning, and up-to-date engineering systems. Such a building is managed by a professional company.

The lessees of a successful representative office are recognizable companies with a good reputation. Moreover, the building of such an office itself usually stands out from others: It may have a flag or an exquisite signboard. Another requirement is the availability of a separate entrance for every lessee-company or several entrances along the perimeter of the building.

Despite the fact that the segment of representative offices in Moscow is poorly developed now, it has good prospects, as the demand for small unique buildings "for one's own clients" is permanently growing and it is reasonable for developers to tackle this route. Therefore, in the near future we can expect a growing offer in the volumes of high-quality office premises in club business centers. In particular, such projects can be implemented on the territory of industrial areas under reconstruction.

Putin accused the alliance of seeking to assert its "supremacy," saying Ukraine and its people are "a means" for NATO to "defend their own interests."
Industry Fears

Russia has been accused by Western powers of using food as a weapon in its war with Ukraine.