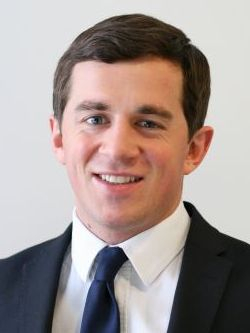 Cyprus hit the headlines for a very bad reason this year. The sunny Mediterranean island has long been a number one choice both for Russian businesses to purchase, hold, finance and sell domestic assets and for many foreign investors to invest in Russia. But the 2012–2013 Cypriot financial crisis has resulted in a temporary freezing of the bank accounts of many businesses, the balances in the Bank of Cyprus and Laiki Bank being diminished by being given a haircut, people getting angry and losing faith in the once-trusted jurisdiction and its banks. Even your favourite Cypriot Meze does not taste as good anymore. Once you thought you were protected by a stable legal system and a reliable banking system. One can bet you are not so sure now. So the question is: What should you do now?

First of all, do not keep money, especially big amounts, there, in case you have not moved your accounts elsewhere already. Cyprus can still be used as a settlement and clearing center for processing multiple transactional payments but, on Friday afternoon, the working capital of your Cypriot companies should be transferred out of Cyprus to a safer place and returned on Monday: We all know that restructurings, haircuts and other nasty surprises tend to happen on weekends. Many Russian businesses are now attempting to move their accounts to Switzerland, Liechtenstein, Luxembourg, Malta, Slovakia and Latvia and other jurisdictions but are often disappointed with the high capital requirements (e.g., from $1 to 5 million to open an account with a Swiss bank), strict and lengthy KYC procedures and reluctance to engage in active clearing as compared to traditional measured asset management. There is no one size fits all solution, but professional advisers can help find a suitable banking solution, depending on the amount of your business's capital, the type of operations (e.g., passive holdings or active trading business) and other factors.

Since the situation in Cyprus has become unpredictable and the country's reputation has suffered, staying there is at one's own risk.

Tax-wise, for existing Cypriot holding structures, on the one hand, there is no particular technical reason to move, particularly once you have considered all the alternatives. Yes, the corporate income tax rate in Cyprus has been increased from 10 percent to 12.5 percent, but this only means a marginal increase of tax leakage in back-to-back financing and IP structures. The double tax treaty with Russia is still in place, with a 5 percent rate for dividends; Cyprus still levies no tax on dividends and capital gains received from Russia and, most important, does not impose withholding tax on dividend distributions, meaning that you can transfer funds from Cyprus basically anywhere with zero tax leakage and no extra structuring. Even so, now that the situation in Cyprus has become unpredictable and the country's reputation has suffered a severe blow, staying in Cyprus is at one's own risk only.

If you are not willing to accept these risks and want to move elsewhere, your new structure should combine a number of ingredients to be workable: a favorable tax treaty with Russia (a 5 percent rate for dividends is a must in most cases), a good infrastructure, a favorable domestic tax regime, flexible corporate legislation, no withholding tax on distributions to low-tax jurisdictions, to name a few. So where would you get all that?

The Netherlands and Luxembourg are obvious and familiar choices for holding structures, particularly for medium-sized and big businesses, as they already account for 10.6 percent and 8.9 percent of foreign direct investment in Russia as number two and three behind Cyprus. Both jurisdictions are well-used by European investors and Russian groups, have an excellent infrastructure with reliable banks and skilled service providers. They also permit achieving the same result as Cyprus (transfer of profits from Russia to low-tax jurisdictions with minimal tax leakage), but are more complex, require additional structuring and are more expensive to build and maintain. In particular, extracting profits from these jurisdictions with no 15 percent dividend withholding tax typically requires using alternative profit distribution mechanisms (regular share redemptions or hybrid loans) or using a second layer of companies on top of the Netherlands and Luxembourg ones.

In particular, Dutch companies can be held via Luxembourg, Slovakia or Hungary each with its own pros and cons. Luxembourg can be held either via Gibraltar, Malta or Liechtenstein to permit tax-free-dividend distributions to shareholders. Such structures can provide tax efficiency but they do, of course, increase maintenance costs and are not suitable for all businesses.

Among other options worth mentioning is Malta, which has recently signed a new double tax treaty with Russia that is yet to become effective: the treaty is less favorable than that with Cyprus but has the same 5 percent rate for dividends and Malta has no withholding tax on dividend distributions. The Netherlands and Hungary can be used for holding real estate assets. Singapore can be used for holding structures but it imposes very strict substance requirements that are not always easy to meet. For commodity trading structures, well-known and tested Ireland and Switzerland may be suitable options.

As can be seen, it would be hard to find a single jurisdiction that would provide equal benefits and work the same way as Cyprus. Again, there is no one size fits all solution, so you might wish to decide the preferable structure depending on your type of business, its needs, the jurisdictions of operation and the specifics of your business activity.

For existing structures, the decision to move should be based on proper cross-jurisdictional and cost/benefit analysis, rather than pure emotion and newspaper headlines, while for new structures now is the best time to consider alternatives. After all, maybe in a few years you might start loving the Luxembourg Quetschentaart or Dutch Edam no less that your once-favourite Meze, and wooden windmills no less than Limassol beach.