A complex that will house both the State Duma and the Federation Council will be built in central Moscow, a senior Kremlin official said.

"It will be a place worthy of a parliamentary complex for a country such as Russia," he said Thursday, RIA-Novosti reported.

The idea of putting both houses of parliament — as well as their various administrative and support services — under one roof has been discussed for some time. Currently, lawmakers and other parliamentary personnel work at a dozen locations around Moscow.

After then-President Dmitry Medvedev announced in 2011 that Moscow would expand its boundaries, a proposal was raised to place the complex in the new territory outside the Moscow Ring Road. Supporters of the initiative said the move would help ease traffic jams in the city center.

But Duma Speaker Sergei Naryshkin said last week that he opposed placing the complex in the so-called New Moscow and that President Vladimir Putin would announce plans to locate it in central Moscow shortly. 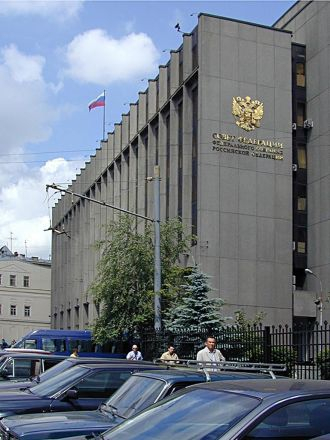