Contribute Today
By The Moscow Times
May 23, 2013
ORLANDO, Florida — A Chechen immigrant who was being questioned about his possible links to one of the Boston Marathon bombing suspects was shot and killed by a federal agent in Florida after he suddenly turned violent, the FBI said.

A friend of the dead man identified him as 27-year-old Ibragim Todashev, who had lived in Boston and knew Tamerlan Tsarnaev, the older of the two brothers suspected of planting two bombs at the marathon on April 15, killing three people and injuring 264.

NBC News reported that Todashev confessed to his involvement in an unsolved 2011 triple homicide in a Boston suburb that investigators believe was drug related.

CBS News said Todashev implicated himself and Tamerlan Tsarnaev in the triple murder during the questioning by agents on Tuesday night.

Authorities were investigating possible connections between Tsarnaev, who died in a shootout with police, and the 2011 incident.

Three men, including a close friend of Tsarnaev, were found stabbed in the neck in an apartment on Sept. 12, 2011, in Waltham, Massachusetts. News reports said marijuana was strewn over their bodies.

Wednesday's shooting death took place at an apartment complex near the Universal Studios theme park, where the FBI and members of other law enforcement agencies were interviewing Todashev about the marathon bombing. 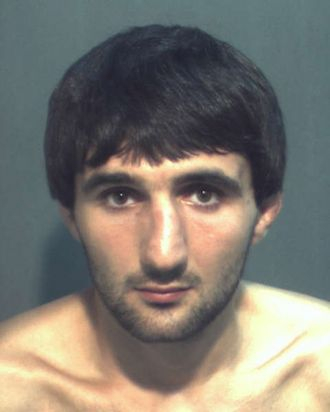 The possibility that Tsarnaev was connected to the Waltham murders is "being looked at seriously," said Republican Representative Peter King, who serves on the House Homeland Security Committee. Other U.S. officials confirmed the investigation involved Tsarnaev's possible role.

Tamerlan Tsarnaev, 26, and his 19-year-old brother, Dzhokhar, are suspected of setting off two pressure-cooker bombs at the marathon finish line. Dzhokhar is being held at a prison hospital west of Boston awaiting trial on charges that carry the possibility of the death penalty.

Todashev knew Tsarnaev because both were mixed martial-arts fighters in Boston but had no connection to the bombing, a friend of Todashev, Khusen Taramov, said in an interview.

Todashev was tailed by law enforcement agents since the day the Tsarnaev brothers were identified as suspects in the Boston bombing and called in for questioning repeatedly, he said.

"They called him a lot. They would just call and question him," Taramov said, adding he and his friend had met with FBI agents on several occasions.

Asked about the 2011 triple homicide, he said it never came up in the meetings with the FBI that he personally attended. He said Todashev never mentioned the murders either.

"He had nothing to hide. Everything he knew, he told them," Taramov said. 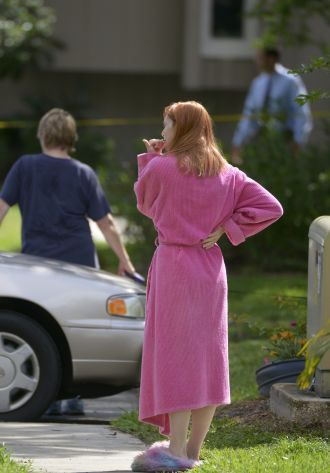 Taramov said he met FBI agents on Tuesday night outside the apartment complex where his friend was killed but was told by the FBI to leave shortly before the shooting happened around midnight. He added that Todashev, who was in the U.S. as a legal permanent resident, had been planning a trip back to Russia where his parents live.

Todashev was arrested on May 4 and charged with aggravated battery after getting into a fight with another man over a parking space at an Orlando shopping mall, according to the Orange County Sheriff's Office in Orlando.

Meanwhile, a group of U.S. lawmakers will travel to Russia next week to investigate the Boston Marathon bombings, visit the Star City space center and try to boost cooperation between the two countries, RIA Novosti reported.

The delegation will be led by Republican Representative Dana Rohrabacher and include Republicans Michele Bachmann, Steve King and Paul Cook and Democrats Steve Cohen and William Keating, the report said, citing Rohrabacher's office.

"The Boston bombing is not the primary purpose for the trip, it's just one facet of it," Rohrabacher's spokeswoman said.

The Moscow Times contributed to this report.