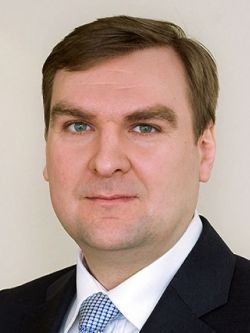 Major foreign trading companies have been active on the Russian market for more than 15 years. With them, they have brought Western standards of doing business, including, among other things, offering financial incentives to distributors and stores in the form of bonuses, premiums and retrospective discounts.

These ways of working have taken root quickly in Russian soil and become widespread. However, tax legislation and the courts and regulators who applied this legislation were not ready for this. In 2005, after numerous court disputes, a provision was introduced to the Russian Tax Code, according to which bonuses (discounts) granted for performing certain terms and conditions of agreements should be deducted as expenses (article 265(1)(19)(1) of the Tax Code). This provision has almost completely prevented the tax authorities from raising claims with regard to profit tax.

However, to date, the VAT implications in terms of bonuses, premiums and retrospective discounts remain uncertain. Since tax legislation fails to regulate the payment of rewards, companies have been treating these relations in various manners for VAT purposes and have determined the tax implications differently.

The first tax dispute that the Supreme Arbitration Court (the "SAC") considered regarding the tax implications of incentive payments was the case of Dirol Cadbury (No. 11175/09 dated 22 December 2009). The Presidium of the SAC considered a situation where Dirol Cadbury was paying money that was treated as a retrospective discount (bonus discount) in an agreement. The court upheld the company's position according to which the retrospective discount should change the prices of goods shipped earlier and, therefore, the supplier's VAT base should be reduced. However, it turned out that the grounds for the resolution concerned not only retrospective discounts. It was also noted that:

"…to determine the tax base (VAT base — PG comment), income should be calculated taking account of discounts, irrespective of how the parties to the distribution agreement set out their incentive system: whether they grant a discount that determines by what amount the basic product price stipulated in the agreement may be decreased, or whether they grant a bonus, like additional remuneration or premiums provided by the seller to the buyer for performing the terms and conditions of the transaction, and also irrespective of the procedure for granting discounts and bonuses (a transfer to the settlement account, an offset as an advance payment or reduction of accounts payable) <…>.

Western standards of doing business have taken root quickly in Russian soil, yet tax legislation was unprepared for this.

The discounts granted by the company to its distributors were inseparably connected with the sale of goods; therefore, the company has legitimately reduced the sale price of goods and adjusted the relevant VAT base<…>".

After the text of the resolution of the Presidium of the SAC was published, tax specialists could not come to a common opinion as to whether this conclusion of the SAC applied to all types of incentives paid under supply agreements. Some specialists interpreted this conclusion of the SAC as meaning any type of incentives connected with the sale of goods should adjust the price of goods. Other specialists believed that the SAC's conclusion was only fair if the parties had acknowledged, in provisions of the agreement or by their actions, that the bonus was a type of discount and should change the price of goods.

The Presidium of the SAC considered a second tax dispute connected with the payment of bonuses under a supply agreement for supplying goods, and this was the dispute of Leroy Merlin Vostok (Resolution No. 11637/11 of the Presidium of the SAC dated 7 February 2012). The reason for the dispute was that the tax authority charged additional VAT to the company, believing that the bonuses granted to the buyer under the supply agreement were a payment for certain services provided by the buyer to suppliers.

The Presidium of the SAC did not uphold that approach of the tax inspectorate and restated its previous position, pointing out the following:

"Since the bonuses are directly connected with supplies of goods, we should acknowledge that, along with the above discounts, they are also a form of trade discounts applied to the cost of goods and affecting the value added tax base."

For many companies, this wording leaves no room for doubt: bonuses (premiums) paid under supply agreements should be treated for tax purposes as discounts that reduce the price of the product and, therefore, change the VAT base.

In this regard, a different problem arose. On Oct. 1, 2011, a provision was added to the Russian Tax Code (article 168(2) of the Tax Code), according to which the supplier has to issue adjusting VAT invoices in all cases where the cost of goods supplied earlier has been changed (when the price or quantity changes or in other situations). Based on these adjusting VAT invoices, the supplier should reduce its VAT base with regard to the goods supplied earlier and the buyer should reduce its VAT deductions. In general, this procedure is in line with the approach developed by companies earlier, where a VAT invoice with a negative value (a "negative" invoice) was issued, if any retrospective discounts were provided. However, large trading companies are actually not able to (or find it difficult in technical terms) issue adjusting VAT invoices. In contrast to a negative invoice that was issued for the whole amount of the discount, the adjusting VAT invoice should contain details about each item of the goods shipped, the cost of which has been taken into account to calculate the retrospective discount. Moreover, there should be one adjusting VAT invoice for each VAT invoice issued earlier (article 169(5)(2) of the Tax Code). It is obvious that with such an approach, in a period (month, quarter or year) when the bonus is granted a large supplier will prepare a number and volume of adjusting VAT invoices that will exceed all reasonable limits. This will be impossible technically.

On Jan. 11, 2013, the panel of judges of the SAC considered the claims of several large companies seeking to invalidate clause 1 of Resolution No. 1137 of the Russian Government dated Dec. 26, 2011 Regarding the forms and rules for completing (keeping) documents used to calculate value added tax (Resolution of the SAC in case No. 13825/12). The companies argued that the procedure for preparing adjusting VAT invoices may not apply to situations where a bonus (premium) under an agreement has been paid but the price of specific items of goods has not changed.

The panel of judges in the above decision overturned the companies' claims and upheld Resolution No. 1137 of the Government. However, the grounds for the SAC's decision once again were cause for debate among the professional community. Some specialists argue that this decision allows companies not to adjust their VAT base at all with regard to bonuses and premiums paid under supply agreements. Others treat the court's arguments with more caution and only state that the SAC's decision allows the companies to issue "simplified" adjusting VAT invoices with regard to bonuses and premiums, in a similar way to "negative" invoices that were adopted earlier. A third group of specialists state that the SAC's decision does not change anything, but, on the contrary, reinforces the position of the tax authorities who insist that "complete" adjusting VAT invoices should be issued in all the cases where bonuses, premiums and discounts are paid.

We believe that this decision of the SAC may in any case be challenged, since it is based on what is certainly a false presumption that the cost of goods may be changed without changing the price and quantity of them. That is why the courts and tax authorities may fail to understand even the soundest explanations when companies cite the above decision of the SAC to support their positions.

The children marched with portraits of the president and quotes from his speeches in military-style uniforms.
'smart voting'

LIVE | Coronavirus in Russia: The Latest News | May 7

The Belarusian strongman claimed victory last August in elections that were criticized internationally and by the opposition as fraudulent.