Contribute Today
By Irina Kurganova
May 7, 2013
The Employment section did not involve the reporting or the editorial staff of The Moscow Times. 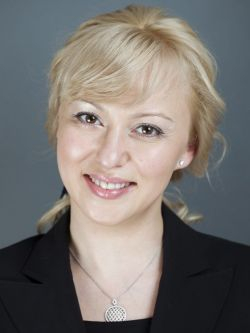 Today's intertwining macro-economic forces have blurred the lines of economic bifurcation. As economic power shifts between labor markets, new divisions and cracks are surfacing. As new connections are forged, new subsets of political, economic and societal forces emerge. How these forces will redistribute power is difficult to gauge. New inequalities and instabilities drive political and social unrest—fundamentally shifting the power and dynamics between countries, social classes, governments and their citizens.

World economic growth continues to shift considerably South and East. Emerging markets currently represent about 39 percent of world GDP, and by 2020, these markets are projected to represent 52 percent of GDP. More importantly, 70 percent of the projected global GDP growth between now and 2020 will come from emerging markets. The East's biggest economic force, China, is now the primary trading partner of most countries in the world. Similarly, Africa is quickly moving into the world's economic spotlight. Over the past decade, six of the world's 10 fastest-growing countries were African nations.

Meanwhile, Western powers are decelerating, as companies based in the West look to expand in the South and East, where the bulk of the world's workforce resides. Economic power is increasingly concentrated in new micro-regions where industries and companies thrive, largely due to investment from China. At the same time, trade between European countries is expected to slow, with China projected to overcome France as Germany's primary trading partner by 2015.

This re-segmentation is evident in "bubbles" of society too. The new, bubblized society is made up of groups that are cohesive where geographic and generational divisions once kept them apart. Now, defined by a common interest, use of a certain type of social network, or particular political viewpoint, they are united by ongoing technological innovation.

Shifting populations within labor markets are impacting both the scarcity and abundance of talent, natural resources, and jobs. In turn, the rapidly changing nature of the skills required in the workplace is driving a disturbing and disruptive mismatch between the skills employers need and the skills the workforce can offer.

Rising populations, prolonged life expectancy and advancing technology have created an abundance of skills, workers and potential productivity. Estimates predict the global population will increase to more than 8 billion people over the next 20 years before any form of decline is seen.

Yet companies are still unable to find the right skilled talent. Instead of entering the workforce, the burgeoning youth population is the most alienated talent pool in the world today.

ManpowerGroup has led the way in identifying and reporting on barriers to youth employability, including graduates' lack of specific soft and hard skills required by employers.

One factor at the core of today's volatile GDP forecasts is spiking resource prices. Without a resource revolution—or a universal sense of urgency to meet the world's energy, materials, food, and water needs—countries continue to damage global growth, welfare and the environment.

Resource prices have triggered tensions over quality of life, including access to natural resources, the cost of labor, the emergence of new jobs and the disappearance of others.

Skilled in-demand talent is another scarce resource with an escalating monetary value. As a result, companies increasingly rely on high compensation packages to poach in-demand talent from each other.

Another supply-demand conundrum that continues to impact the world's employment ecosystem is the abundance of low-skilled workers. This pool, traditionally drawn from working classes, is being replaced by highly educated workers, who are less prepared to do menial tasks. At the same time, these educated workers often lack the contemporary hard and soft skills required by today's companies. Without all of the skills for high– or low– skilled work, these employees are in a holding pattern and remain an untapped resource.

The world's skills mismatch has fostered evolutions, including the emergence of a second economy. This concept is grounded in the idea that more jobs have been lost due to technological progress than delocalization, and that overall productivity gains have reduced the number of workers needed to perform those jobs. As productivity gains resulting from technology reduce the number of jobs in some sectors, talent resources are freed up for use elsewhere in the economy.

As the second economy emerges, some jobs, including intermediaries and middle managers, will likely disappear due to more efficient ways of cascading information down hierarchical organization structures and increased horizontal collaboration, which requires new skill sets.

Talent displaced by technology has opportunities on a third economic level. This third economy is where roles are being redefined. For example, while production-line jobs may be lost due to automation, this change may create more opportunities in engineering or information technology where demand for technicians to design or service machines should increase.

To prepare talent for these evolving economies, more companies are cross-training employees.

Exposing workers to other functions helps them gain new skills, increases their understanding of the overall business, and gives managers the flexibility to move individuals across departments, and start new functions or product-lines to meet changing business needs.