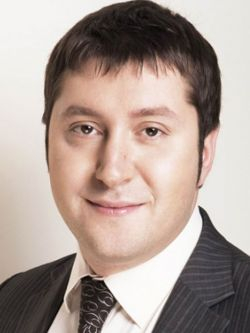 In practice, owners of commercial property (such as office buildings or shopping malls) are commonly interested in entering into lease agreements for such property as early as possible. Typically, they are keen to do so even before the owner officially registers its title to the property in the Unified State Real Estate Register, i.e. which is when the owner's legal title actually arises. It was a premise set in case law that a lease agreement could not be concluded before state registration of title because only the owner of the property or a person duly authorized by the owner or by law may lease out the property (article 608 of the Russian Civil Code).

This meant that parties usually concluded three contracts: a preliminary lease agreement (effective before the title was duly registered), a short-term rental agreement (before the lease agreement was duly registered) and, finally, the main long-term lease agreement. This was quite a complicated legal premise because it required not one but three documents to be drafted and approved. It also meant that a lessee faced tax risks if it made permanent improvements, which always happens when a property is commissioned on a shell and core basis.

Thanks to the court, things are now very different.

For instance, the court stated that, by implication of law, the lessor must be entitled to the property leased out when the property is transferred to the lessee, rather than when the lease contract is signed. To this end, a lease contract for future property may be concluded. Moreover, a contract may not be invalidated simply because, when a property is transferred to the lessee, the lessor's title had not yet been registered in the state register as long as the lessor is the lawful owner of the newly constructed or received property.

The court separately considered what happens when real is being leased out without there being the commissioning permit obtained. This is another case when a lease contract may not be invalidated. Any person (whether a lessor and / or a lessee) responsible for the property being used without the proper commissioning permit may face administrative liability, pursuant to article 9.5 of the Russian Code of Administrative Offenses.

Importantly, these explanations will considerably simplify the structure of the agreements entered into in the context of a lease transaction.

However, it is worth remembering that federal legislators have once again adopted the rule that leases lasting for more than one year must be registered with the relevant state authority (Federal Law No. 21-FZ "On amending particular legislative acts of the Russian Federation and repealing specific provisions of items of Russian federal legislation" dated 4 March 2013 restored articles 609, 651 and 658 of the Civil Code.). This means that the long-term lease agreements shall not be effective in the absence of state registration and, thus, the parties will probably have to resolve matters somehow or other before registration, such as by entering into a rental agreement or an open-ended lease agreement or using another similar method. However, the fact that a lease may be entered into will make it easier for rent to be received when the property is used before title to it is registered with the proper state authority. Short-term agreements could also be signed, and then be renewed automatically.

When a lessee may treat a lease contract as invalid

In practice, disputes as to whether or not a lease is valid often arise when a lessor claims that the lessee should pay any rent that is due, or where the lessee otherwise violates the contract. Bad-faith lessees often raise counterclaims that the lease is invalid for some purely formal reason. There are also instances of lessors acting in bad faith (in terms of changing the rent, terminating the agreement, and so on).

The court laid down guidelines to try to stop parties to a lease from acting in bad faith.

No state registration of the lease agreement

Any lease contract that should be registered in the state register is void if it is not registered (article 165 of the Civil Code). Yet, the court stated that if the parties have entered into a properly executed contract containing all material terms and conditions of the lease, there may still be  some  binding obligations on the parties. For this to be the case, parties must have actually been performing the contract, the owner must have transferred the property and the lessee accepted it without objecting, the lessee must have used it, and if the parties must have reached an agreement concerning the amount of the rent and performed this properly. In this case the lessor may collect both lease payments and a penalty (previously the courts had stated that the lessee could only collect unjust enrichment owing to property being used without a proper agreement). Restrictions of the parties' rights may be applied only in terms of their rights towards third parties. In particular, rules will not apply if they provide for the lease agreement to remain effective after the owner has changed, and for a pre-emptive right of renewal.

Improper description of property to be leased out

Notably, the parties may not subsequently challenge a lease on the grounds that the property is not adequately described in a lease but the contract has been performed by the parties. In other words, if the property was transferred to the lessee, was used by it and there was no dispute at the moment of transfer, the contract will stay in force.

The court explained that, if it is mutually agreed upon, the amount of the rent may be changed at any time. However, whereas the lessor may unilaterally change the lease payment, as provided for by the agreement or by law, such changes may occur no more than once in a year (Article 614(3) of the Civil Code).

If the lessor unilaterally increases the rent, this should be in proportion to fluctuations in the average market rates in the relevant region. If the lease payments are increased out of line with this indicator, the court will regard such actions as the lessor abusing its right, and will dismiss a claim to recover payments of rent to the extent that the amount exceeds the average market rates (Article 10 of the Civil Code).

The lessor terminating the contract

We believe that these explanations of the Russia's senior commercial court bring enforcement of the law closer to established good business practice. This will smooth relations between the parties to a lease agreement and help to stop the parties acting in bad faith.