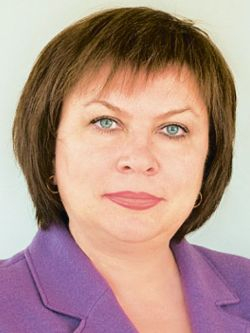 Recently, at the second annual international research and development conference "Civil law in Russia: the year in review," an entire report was presented on intellectual property issues that need to be solved by the Civil Code. At the conference, chaired jointly by Pavel Krasheninnikov, Anton Ivanov and Veniamin Yakovlev, participants were pessimistically cautious in their forecasts about the earliest time when part four of the Civil Code will be amended, though hope remains that such amendments will be passed in 2013. Still, the form they will take remains a mystery. After the first reading of the draft law (with respect to intellectual property) multiple amendments and additions were made to it. Regrettably, these have passed the general public by.

Amendments were proposed that would regulate the disposal of exclusive rights. This is an important legal power, and the changes were formulated so that it would be regulated more precisely, while at the same time retaining the same substance as when it was codified.

Many of the proposals are long-awaited, such as changing the approach to the registration of licenses. They meet the needs of both right holders and businesses, so they are very welcome. It is a pity that the process of adopting these amendments has dragged on like this.

After the first reading the amendments contain an improper approach to co-ownership of exclusive rights to means of identification. The relevant provisions were included in part four of the Civil Code when it was being developed (see Articles 1229 (2) and 1229 (3)). They made no distinction between this joint exclusive right and, for instance, the co-ownership of exclusive rights to inventions. In other words, no attention was given to the specific features of the means of identification as items that identify goods, work, services and companies, making them stand out from a crowd of similar goods and services.

Additional regulation is needed to ensure that well-known trademarks, trade names of foreign manufacturers and commercial designations enjoy legal protection when they are used in conjunction with other means of identification.

Preventing breaches of exclusive rights to inventions in the form of medicines is another important aspect that needs to be promptly regulated by the code, and also by special legislation on the sale of medicines. This includes tackling breaches when other persons register medicines that potentially breach effective patents. This problem is directly linked to protecting information about pre-clinical and clinical trials. Russia took on this particular obligation when it signed the Agreement on Trade-Related Aspects of Intellectual Property Rights as part of its accession to the WTO. It seems clear that it is not enough to regulate this matter solely at the level of subordinate legislation.

For IP legislation, as it stands today, to continue to develop, the exhaustion of rights in Russia requires attention. This matter cannot be left unresolved.

As for the prospects of legal regulation, improving law enforcement practices needs to be a top priority. To this end, Anton Ivanov, who chairs the Supreme Arbitration Court, suggested at the conference on Jan. 24, 2013 that, in view of the delays in amending the Civil Code, courts should interpret legislation drawing on the legal positions in the proposed amended text of the code. Obviously, this approach may only be followed if the suggested amendments are not at odds with current legislation. In other words, this approach is only possible for amendments that aim to make current regulations more specific.

Could Navalny’s Detention Derail His Movement?

Some analysts believe the opposition figure’s arrest could lead to a broader crackdown on his supporters.
russia's response

The man is suspected of providing information from a classified database containing detailed travel information to a third party.
impromptu trial

As it Happened: Kremlin Critic Navalny Jailed After Return to Russia

Navalny called the hearing "lawlessness of the highest order."