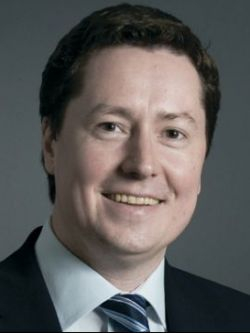 Investing in emerging markets is both challenging and rewarding in equal measure, and while most corporate deals progress smoothly, there are occasions when it is necessary to call in the litigation and dispute resolution teams.

Here are some of the main areas of corporate and shareholder disputes we see in emerging markets transactions:

Disputes often arise in relation to completion accounts calculations, particularly where one side feels that it has been unfairly treated or that the outcome of the financial calculations is patently wrong. A clear and precise completion accounts mechanism, approved in advance of signing by the accountants and financial experts, will usually greatly help to reduce areas of dispute.

The effect of any pre-completion restructurings or reorganizations will also need to be properly reflected in the completion accounts to avoid a dispute arising over this.

Earn-out provisions in sale and purchase agreements are a notoriously difficult area and often lead to disagreements and disputes. All of the accounting issues mentioned above are potentially applicable to earn-outs as well. In addition, disputes can arise over the agreed earn-out targets and how these are to be achieved.

A key area for potential disputes is which checks and balances are applied during the earn-out period. This largely depends on who will continue to run the business and be in control during this period.

The parties are advised to always ensure that clear procedures and methodology are in place in their contract, in order to deal with these issues and avoid potential grounds for dispute. Such procedures will normally include vetoes and consent rights in favor of whichever party is not in operational control of the business during the earn-out period. 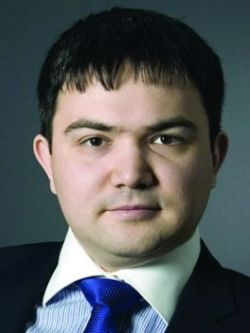 The buyer will also want to ensure that the seller is not unfairly rewarded for benefits naturally accruing to the target business simply by virtue of it now being part of the buyer's group. Such benefits could include better terms of business with suppliers, cheaper access to bank funding, enhanced group systems and head office function.

Another problem area arises where the business is no longer a self-contained entity for legal, accounting, financial and/or practical purposes, but has in effect already been merged into the buyer's larger group. In these circumstances it becomes very difficult to accurately report separately on the performance of the old target business.

Warranties are a common area for dispute, since they will in most cases underpin the very basis on which the deal has been structured and arranged, and if they were not correct when given, this will often affect the value in the deal and the price that has been paid. They are often described as a form of retrospective price adjustment.

Disputes normally arise after completion, once the buyer has had the opportunity to take control of the business and discover any previously unknown or undisclosed problems. This might be soon after completion or during the calculation of the completion accounts. More often than not, however, unknown problems are not uncovered until much later, normally when the next set of audited accounts is being prepared.

Where it appears that a breach of warranty has apparently occurred, the buyer will then need to check this against the seller's disclosure letter and any other disclosure bundle or other materials, to ensure that the seller cannot rely on a defense of disclosure. The limitations on liability in the sale and purchase agreement will also need to be checked, starting with time limits on claims.

4. Non-compete and other restrictive covenants

Non-compete and other restrictive covenants are notoriously difficult to enforce effectively, although it can be done. Under English law, it is a long established principle that the covenants must be reasonable and go no further than is necessary to protect the buyer's legitimate business interests.

Such covenants need to be properly constructed to be enforceable. The courts will look at their overall scope, including the length and geographical spread, in assessing whether they are reasonable. Gathering clear evidence to prove that a breach has occurred can also be difficult.

Enforcement can also be problematic, especially in jurisdictions where injunctive relief is not available and/or where court orders granted in a different jurisdiction cannot easily be recognized and enforced. This then leaves the buyer relying on a pure damages claim, which may not be sufficient in the circumstances. The concept of restrictive covenants also sometimes conflicts with local laws, particularly in relation to employment relationships, thus creating potential for conflicts of laws and giving possible defenses in local courts.

Decision-making on joint ventures is a frequent source of tension — this normally arises on strategic and major decisions, rather than day-to-day and ordinary trading matters (although not always). Where differences cannot be settled amicably, legal measures must be considered.

The shareholders' agreement / joint venture agreement and other main legal documentation are usually the first reference point when a dispute arises. Most agreements will include procedures to resolve deadlocks at shareholder and board level and may provide for buy-out or auction mechanisms to remove one or more shareholders, or failing that may provide for winding-up of the venture and sale of the assets. Technical disputes may have a referral mechanism to an independent expert to make a binding determination. Where all else fails, the dispute will then need to be referred to court or binding arbitration, and usually the agreement will specify the dispute forum already agreed upon between the parties.

Whoever has practical control of the venture can often use this to their advantage. Control may include access to premises; accounting systems; books and records; tax filings; company seals; bank accounts; and computer systems. These could all quickly become physically restricted by one party, even where this breaches the legal agreements. Overseas investors are particularly at risk here, because a "local partner" will always have home advantage and will be physically closer to the business, assets and employees.

Local laws and customs may also come into play and might cut across the assumed legal position, giving one or more parties (potentially conflicting) remedies at a local level, for example to obtain a court order or injunction, freeze or distress against assets, prevent enforcement of security, or even to initiate or encourage official investigations and criminal prosecutions. Conflicts of laws issues may also arise, even where the legal agreements clearly state the parties' agreed choice of governing law and jurisdiction.

Funding requirements tend to create disputes in situations where there is a working capital / cash flow issue or where the business is underperforming generally. This will create pressures with bank lenders on interest service and banking covenants, with key payments to staff, suppliers, landlords, tax authorities and so on. It will also inhibit the flow of returns to shareholders and other investors, for example in respect of dividends, shareholder loans, mezzanine finance, PIK notes.

Besides this being an obvious source of tension in itself, the methods for dealing with the funding requirements can themselves create disputes. One party may favor external debt over equity, but this will no doubt necessitate the granting of security over the assets of the venture (thus subordinating the potential returns to investors) and may require cross-collateralization and shareholder guarantees. Other parties may prefer to raise additional equity, but this will lead to dilution of upside returns and may require a restructuring of shareholder arrangements with regards to voting, board representation and veto rights.

Where there is further funding, disputes often arise over issues of dilution of ownership percentages, particularly where minority shareholders see their holdings squeezed down to very small levels.

Some legal agreements will make any new issue of shares a consent matter, although in situations where the joint venture company is facing insolvency, the parties may have no practical alternative but to give their consent. Most agreements will give existing shareholders rights of pre-emption, to participate in new issues of shares pro rata to their existing holdings, thus maintaining the same percentage level shareholdings.

However, issues still arise on pricing for this new issue of shares. A lower share subscription price than the previous round of financing can lead to a "value dilution" effect for existing shareholders (but might be a necessary step if the market value has in fact dropped). Conversely, a higher price may preclude some existing shareholders from subscribing in order to maintain their percentage holdings, particularly where this means paying a large amount of money that they may not want (or have) to invest.

The timing and format of an exit can also lead to disputes. In good times, a successful sale or IPO will normally be the objective of all parties, although even then there may be tension over the timing for this. Typically, a financial investor (such as a hedge fund or private equity provider) will be looking for a clear exit route and timeframe to realize its investment, in order to hit IRR targets and to meet fund obligations to its own investors. On the other hand, founders, entrepreneurs and management teams may feel that the growth potential in the business has not been sufficiently optimized, or that it is a longer-term play, or that it is simply their stable source of income and employment.

Drag-along mechanisms are often difficult to implement in practice, particularly where the parties are in dispute and one side simply does not want to be forced to sell. Often the drag right will contain various conditions, such as that the offer must be from a bona fide third party acting on arms' length terms and that each shareholder will receive the same price per share. Sometimes disputes arise when the true identity of the third party offeror and/or its ultimate beneficial ownership chain is unclear, or where there are side deals or other arrangements taking place which have the effect of artificially reducing the price offered for the shares themselves.

A reluctant "dragged" party may be prone to employing tactics to frustrate the process, such as not fully cooperating with due diligence requests and not providing documents or information in a timely manner. Often the "dragged" shareholder will not be contractually required to give warranties or indemnities on a sale; however, depending on the size of their shareholding and/or their proximity to the operations and day-to-day management of the business, this may cause a big practical problem for third party bidders.

The firm has a team of 100 Russian, English and US law qualified lawyers based in Moscow and over 800 lawyers in the other international offices.

Goltsblat BLP clients include over 600 companies, about 70% of them being major multinationals operating in Russia, including 23 Fortune 500 clients.