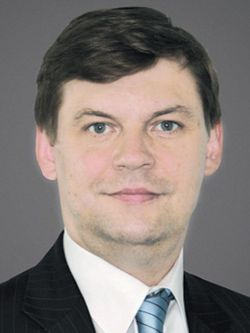 It is now about three years ago that the Supreme Arbitration Court delivered its ruling in the Dirol Cadbury case hinting that bonuses payable to purchasers based on e.g. volume of sales were in effect nothing other than discounts applied retroactively, thus affecting the suppliers' sales for VAT purposes. Too bad most (including the Finance Ministry and the Federal Tax Service) would not listen. If they would, the wholesale leg across most industries would not now be in such a dramatic "No Way Out" type situation.

The fact that the legislator introduced special VAT treatment for retro changes in price (as of October last year) was equally ignored by the industries —even though the Government specifically noted bonuses as the target of the amendments when presenting these to the parliament. The new instrument introduced for dealings with such price changes — the corrective VAT invoices —was considered strange and burdensome but most would not bother, still considering bonuses VAT neutral (for no reason at all).

It took the Leroy Merlin Vostok case in February this year for everyone to realize that the bonuses are indeed driven by price changes, that the purchasers have to repay the treasury with the VAT charged by suppliers on the part of the price that has now gone away, that the purchasers have to claim this same VAT back from the suppliers, and that the latter have to claim this same VAT from the treasury. And to be able to do so the suppliers have to issue corrective VAT invoices — which proves to be pretty much impossible.

Considering that in practice this is pretty much impossible (even if your number goes just in the thousands), the suppliers are stuck with their VAT claims, which in aggregate go into billions of U.S. dollars.

Of course, VAT payments from the treasury to the supplier, from the supplier to the purchaser and from the latter —again to the treasury make little sense. Accordingly, most prominent tax practitioners have taken part in drafting a legislative amendment to ensure that the bonuses in question are VAT neutral. This draft is expected to be reviewed by the parliament in the spring, but whether that will actually happen, and whether the carefully drafted text will remain unchanged and the retroactivity provision (aimed at protecting those doing nothing now) will survive, remains to be seen.

Meanwhile, the government faces the first in Russian history effectively class action brought against it in the Supreme Arbitration Court in a tax matter. The claimants — Jaguar Land Rover, Avtoframos, Volvo Cars, Xerox, Philips and Alliance Healthcare (which I have the honor of representing) are challenging the impossible obligation of having to issue myriads of corrective VAT invoices. In effect, these companies have accepted the burden of defending not just their own but also their counterparts' right to at least recover the VAT they have to repay to their purchasers.