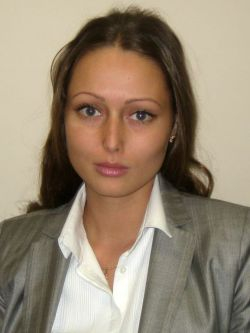 The Civil Code was initially developed in the early 1990s, but the new draft that appeared at the beginning of 2012 has been widely debated since then. After lengthy discussions, the draft was approved by the State Duma in the first reading, but as the process goes forward, the reaction is becoming ever more heated. Thus, endless disputes and controversies are continually arising. The next (second) hearing was postponed four times and will hopefully take place on Dec. 14, 2012.

What will be of the most interest to property developers is undoubtedly the new rules related to land and real estate rights, which, as expressed in the draft law prepared for the second Duma hearing, are as follows:

A new approach to entering into transactions with real estate and registering title:

the principle of reliability of the public register: this aims to protect third parties who rely on the information from the public register (provided that no entity may benefit from this protection if it knows (or should have known) that the register was inaccurate;

a public notary must be involved: (i) to notarize the transaction; and (ii) file the notarized transaction documents for registration.

Thus, the amendments are aimed at protecting the rights of parties to a transaction that involves rights to real estate, with the latter being in effect verified twice (by the notary and by the state registration authority).

Systematizing existing property rights to real estate and introducing new rights to real property: most of the changes are dedicated to introducing a wide range of what are termed limited property rights (i.e. rights giving a limited scope of power in relation to the property in question as compared to scope of the owner s powers). These include, inter alia: the right of permanent enjoyment of the land plot (mostly, of an agricultural nature) on condition that the rightholder takes care of the estate and pays rent (known as emphyteusis), the right of enjoyment, enabling a holder to derive profit or benefit from property that either is owned by another person or which is held in common ownership, as long as the property is not damaged or destroyed (known as usufruct), etc (Most of these may be currently found in the European legal systems, and derive from Roman law concepts).

One of the most contentious property rights suggested by the draft law is the superficies, which is the right to possess and use a land plot owned by a third party to develop a building that such tenant will then own.

The concept suggests that the land plot is granted for a limited term (50 to 100 years) and when that term expires, ownership of the building will revert to the landlord.

It is proposed that superficies will replace lease agreements for land plots granted for the purposes of construction (the current market practice): The draft law suggests that once the amendments are in effect, it will no longer be possible to enter into land lease agreements (granted from the state or municipal property) for the purposes of construction (with the ownership title to the relevant building/construction to belong to any entity other than the owner of the land plot).

As for lease agreements of state/municipal land that are already in place as of the date the amendments become effective, the proposal is for tenants to enjoy the lease until it expires. They will then be required either to convert their rights to the land to superficies or to buy out the ownership title to the land from the state. Those tenants failing to choose either of these options will be granted superficies for a 50-year term.

Importantly, the above changes are only a very small part of the proposed changes to the Russian civil law system. These may indeed, probably will again change the market s practical approaches that have evolved over the years.

Although the above-mentioned changes are arguably a major step in the right direction in developing the Russian legal system, such a revolutionary approach may in fact herald significant instability. The new draft is therefore unlikely to achieve its aim of attracting foreign investors to the Russian market.