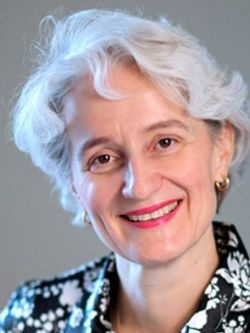 In today's global economy it is essential for companies from different countries to do business with each other. However, it can be difficult for such companies if foreign judgments in relation to commercial disputes are not recognized and cannot be enforced in the home countries of the contracting companies. To a certain extent Russia is one of those countries.

I. Russian statutory provisions on the recognition and enforcement of foreign judgments

The same rule is provided for in Art. 241.1 of the Russian Federation's Arbitral Procedural Code.

Therefore, except as otherwise provided for by law, the recognition and enforcement of foreign court judgments hinges on there being an international treaty between the Russian Federation and the country in which a court issued the judgment.

II. The Russian courts general jurisdiction: no recognition and enforcement of foreign court decisions without the existence of an international treaty with the country where the judgment was made

In accordance with Russian law, the courts of general jurisdiction have repeatedly refused to recognize or enforce foreign court judgments where there is no international treaty in place with the country where the judgment was given.

The position was substantially changed in 2002, when the Judicial Panel for Civil Cases of the Russian Federation's Supreme Court ruled that "a competent Russian court may grant an application for recognition and enforcement of a foreign court decision where there is no corresponding international treaty if the courts of the foreign state recognize the decisions of Russian courts on the basis of reciprocity.

However, even after this Supreme Court ruling the courts of general jurisdiction have continued to not recognize and enforce foreign court decisions where there is no international treaty in place with the country where the judgment was given.

According to a Moscow City Court ruling of April 21, 2006, "the absence of an international treaty makes it impossible to recognize and enforce a foreign court decision in Russia."

Understanding the injustice of the situation, the Russian courts of arbitration have taken a different view to legislators and the courts of general jurisdiction.

A Moscow District Federal Arbitral Court (MD FAC) ruling of March 2, 2006 states that "decisions of the High Court of England and Wales shall be recognized and enforced by Russian Federation arbitration courts on the basis of reciprocity".

A MD FAC ruling of July 29, 2009 states that "under art. 6.1 of the Convention on the Protection of Human Rights and Fundamental Liberties, the enforcement of decisions issued by any court of the member countries should be treated by a Russian court as due observance of the right to a fair trial.

In a ruling of Dec. 7, 2009, issued in favor of a Dutch company, and in a ruling July 26, 2012, issued in favor of a UK company, the SAC held that a foreign court decision should be recognized and enforced on the basis of international courtesy and reciprocity, which are a constituent part of the Russian legal system in accordance with art. 15.4 of the Russian Federation Constitution.

Companies should note that despite the current positive trend there is no guarantee that foreign court judgments will be recognized and enforced in Russia when there is no international treaty.