Along with the development of navigation systems and cartographic web resources, digital maps have become increasingly popular. GOST 28441-99 national standards (Digital Cartography. Terms and Definitions) provides a statutory definition of a digital map as a digital cartographic model with content similar to that of a map of a certain type and scale. 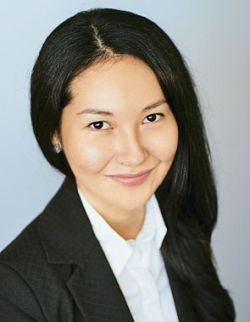 Legally speaking, a digital map is simply a database and digital model of a particular area that may subsequently be visualized as an "electronic map" that we all see on our computers or smartphones. This article looks at the development and regulation of digital maps from the standpoint of Russian law and practice.

A digital map may be developed by different methods and on different bases, e.g., by photogrammetric data processing from remote sensing or by office analysis of field data. However, at the moment, the following two methods are the most common.

Firstly, there is digitalization (digital conversion) of analogous paper maps. The basis for this method, a paper map, may be received from cartographic-geodetic stock under a license agreement with organizations or state authorities. Such a license agreement shall always provide the licensee with a right to modify (digitalize) data received, as well as sublicense the use of data to third parties, if the digital map is developed with a subcontractor's help. Usually, however, data digitalization of cartographic-geodetic stock itself is not enough, as the data needs to be updated with more up-to-date information.

The second widespread method is through the use of field data. Generally, a photographic image is taken by various global positioning system devices, such as space satellites. These images may be provided under agreements, including license agreements, or are sometimes distributed free of charge and without restrictions on their use (mainly shots taken by foreign satellites acquired by state authorities for further unrestricted distribution). Such images further undergo vectorization (conversion to files in vector format), and any license agreement should cover this further manipulation. Since it is technically a modification, we believe that license agreements should provide for a right to modify or at least permit the creation of derivative works. As for copyright and images taken by satellites, it is debatable whether copyright exists at all since images are taken automatically by devices without any creative human work.

As far as compliance issues are concerned, three milestones should be noted: licensing, registration of works and permission for open publication of maps.

Starting from October 2011, licensing is mandatory only for geodetic and cartographic work of federal importance with a nationwide or cross-industry implication. Geodetic and cartographic work of industry specific or other special implication does not require a license. In reality, it may sometimes be difficult to identify clear criteria to distinguish these works. However, if works are performed under a state contract or as part of a state program, they are most likely of federal importance.

Regarding open publication, it is now possible to apply for an expert opinion from Rosreestr on whether cartographic data contains restricted information (such as state secrets). Receiving such an expert opinion is not an obligation of those engaged in cartographic activity, but receiving an expert opinion on a map's admissibility for publication may to a certain extent serve as a guarantee that supervising authorities will not question the map's contents. It is even advisable to receive a new expert opinion upon each update of the map.

As you can see, creating a digital map is a complex task, but not overly so. Any paper map, whether it was made in the Middle Ages or today, always requires the creative input of an artist who draws it and, thus, all traditional copyright issues may be addressed in this regard. However, a digital map may be based on some automated technical data which is, generally, more effective in modern circumstances.

A massive fire at one of Russia’s largest shopping malls has killed one person and burned down a formerly German-owned home improvement store...
foreign policy

Russia and the U.S. on Thursday conducted a one-for-one prisoner swap that secured the release of American basketball star Brittney Griner in exchange...