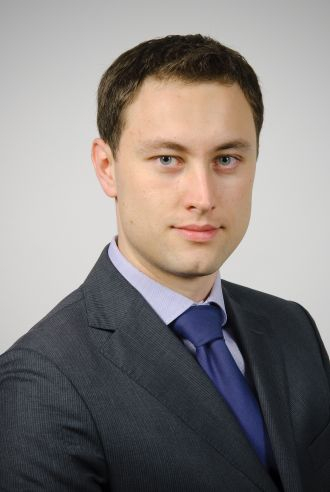 Over the past 20 years Russian business has been desperately trying to adopt and apply the best U.S. and European legal tools for corporate governance. Shareholders' agreements is one such tool, though one that is still quite new to Russia. Even so, executives' attention should be drawn to this instrument particularly now that corporate relations are in the spotlight of Russian civil law reform. Meanwhile, most foreign executives believe that Russian law is still not flexible enough to introduce better corporate governance or serve as a reliable legal framework for shareholders' commitments. Hence, Russian law cannot be used for applying good business practices or arrangements available under common law. As a result, executives still resort to shareholders' agreements governed by English law.

Prior to 2009, court practice was mostly negative on shareholders' agreements in Russia. This emerged due to the fact that Russian courts had been reluctant to see Russian corporate law provisions as flexible but rather had treated them as mandatory. For instance, in the famous "MegaFon" or "Russian Standard Bank" cases, the courts did not enforce the shareholders' agreements governed by foreign law since the courts believed that shareholders' agreements contradicted Russian public order and mandatory provisions of Russian corporate law. The problem was that courts were likely to consider voting arrangements, put or call option price structuring commitments and some deadlock resolution clauses void, as in their opinion such provisions violated mandatory corporate law regulations.

All these made the legislature understand the need to introduce the concept of shareholders' agreements in Russian law. A number of consecutive legislative steps to create a favorable environment for investment in Russia did follow — in 2009-2010. In particular, the Law On Joint Stock Companies and the Law on Limited Liability Companies were amended to introduce the concept of shareholders' agreements into Russian law. This marked a dramatic change in improving corporate governance.

Surprisingly enough, these changes brought almost nothing. Courts are still reluctant to enforce most of the provisions of shareholders' agreements for the same reasons (for instance, a waiver of the right to vote in a way different from the one provided by law but also those not stipulated by the charter). Also, due to the lack of any consistent court practice or guidelines from the Supreme Court. Nevertheless, government-owned corporations like Rosnano and Rosatom have been more proactive in implementing Russian-law-governed shareholders' agreements in day-to-day corporate governance. Unfortunately, their example is an exception in the market.

As a result, a few years after the introduction of the institute of shareholders' agreements, they have yet to become a popular instrument among executives for improving corporate governance and investment protection in Russia. It is not an issue of ambiguity of the courts' rulings. On the contrary, it is a question of the overprotective approach followed by Russian corporate law. A number of mandatory norms in law deprive shareholders' agreements of the required flexibility (such as tailor-made provisions on general meeting calling procedures, dividends distribution, etc.), which common law jurisdictions enjoy. On the bright side, the coming civil law reform is going to address these issues and executives are likely to count on positive changes in courts' rulings on enforceability of certain provisions of Russian law governed shareholders' agreements.

Therefore, it is high time that executives pay close attention to the coming reform of civil law, which will inadvertently affect the corporate governance practice towards Russian law, though will still be exposed to the need of applying foreign law in securing more reliable and sustainable development or management. Besides, one should not disregard commercial courts' approach to corporate disputes, which is likely to change correspondingly. Judging from our experience, a reasonable solution for corporate governance purposes may be found in a balanced approach of using English law tools only in situations when the corporate (and ownership rights) structure is mostly in a jurisdiction other than Russia and using Russian law whenever the proximity to Russia is more evident and there is a risk of applying mandatory rules by courts (luckily enough it can be inferred from court practice).

The case is the first official confirmation of soldiers refusing to join Russia's military campaign in Ukraine.