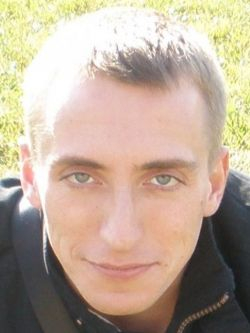 The cultural references to pensions in Russia have never been too bright or optimistic: reaching the pension age is like crossing the river (the Styx, or at least the Rubicon), the ceremonies held to "see someone off to retirement" are none too cheerful, either... The only well-known positive mention in popular culture is from a children's cartoon where Postman Pechkin, the moustached villain of the piece, says cheerfully, "I am sort of just starting a new life, I am retiring." Also, the adjective "pensionersky" (meaning "that of a retired person") is used to describe the drabbest clothing style, the dullest vacation spots and painfully outdated movies and music.

The current pension system de-facto functions within the solidarity framework, on a pay-as-you-go (PAYG) basis. All employers must pay a payroll tax, both the rate and the structure of which are toggled back and forth. This year it is 30 percent of the base annual pay (512,000 rubles) with slightly more than a half of it going straight to finance the PAYG pensions. Everything above the base pay is assessed at the 10 percent rate and again is passed through to finance the current pension payments.

The mandatory savings component was introduced into the pension system 10 years ago. It is meagerly funded (currently 6 percent of the base annual pay) and it has weathered two crisis years, 2008 and 2011, yet it gained some credibility among the public. As of year-end 2011, 20.7 percent of all those entitled to take part in it transferred their accounts to non-state pension funds. This activity is the only sure sign of public interest, as by default the mandatory pension accounts reside in the state-appointed asset-management company, VEB, which keeps losing it to inflation most years.

The pension age in Russia is 60 years for men and 55 for women. It has remained the same for 80 years now and the country today is clearly struggling to afford it. However, it is now in the realm of all things political; the promise to freeze the pension age was a trump card in the recent electoral campaign, and those in power remain unbent on keeping it. This bars the way to the most natural measure to fight pension deficit: raising the pension age.

The financial planning horizon remains short-sighted with most Russians. Coupled with the universal distrust of financial institutions, it skews the financial preferences of the general public. Real estate, hard cash and gold remain the most popular saving vehicles. Numerous reasons are cited to explain that behavior, from cultural peculiarities to the aftershock reaction to the social and economic upheavals of the two recent decades. It must be the same aftershock that explains the sky-high yield requirements that everyone in the country seems to have to any investment product.

The corollary from .6 is that most people start thinking about funding their retirement only when it appears on their radars. Which does not usually happen before they find themselves on the wrong side of 40.

Whenever the economy enters a turbulence zone, the general rule of thumb for consumers is this: If you are not sure how to keep your money safe through the crisis, spend it! Imagine what impact that has on savings.

There are group scheme pensions (corporate pension plans) in Russia, too. Some of them are in the lavishly sponsored benefits packages of the state-owned gas / oil / infrastructure monopoly giants, but some are co-funded. According to various estimates, 14 percent to 18 percent of companies operating in Russia set up pension schemes for their employees. The important thing about the co-funded arrangements is not the money the employer pays into them, but the savings tool it provides, the culture of regular savings it nurtures. This is the old "give a man a fish" story over and over again.

The government spent the early autumn airing plans to scrape the mandatory savings component of the state pension and replace it with 401(k)-like employer-sponsored schemes, encouraging employers with tax incentives. Whatever comes out of it, employers be warned! Putting in place a corporate pension scheme today definitely sets one off against the general labor market landscape; it may well prove to be a smart anticipatory move, too.

Although the Kremlin described the talks as "frank and businesslike," the leaders appear to have failed to reach a major compromise.
monopoly challenged

The move comes as Europe grapples with record-high gas prices that some blame on Russia, which provides a third of all European gas.
‘MERCHANT OF DEATH’

As Biden and Putin Talk, a Jailed Arms Dealer’s Wife Hopes an Art Exhibition Will Keep Him in the Spotlight

Despite the effort, it’s unlikely the topic of prisoner exchange involving the notorious Viktor Bout will be raised in today’s virtual summit.
HEALTH PASSES

Three-Quarters of Russians Against Kremlin Plan for Vaccine Passports – Poll

Parliament has introduced draft legislation that would ban Russians without Covid documents from boarding intercity trains and flights.