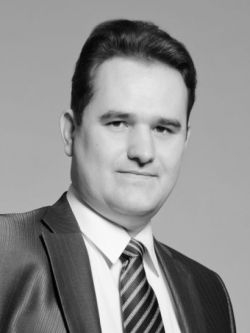 In order to protect their capital against the existing macroeconomic uncertainty, investors are seeking assets that will retain strong capital values should a second wave of the world economic crisis become a reality. In light of this, it is not surprising that we observe high demand for prime real estate assets in specific geographic locations seen as safe havens, such as the Nordics, London, Paris, and Switzerland. This demand puts strong downward pressure on yields, forcing even conservative Swiss institutional investors to widen their search for better income generating opportunities.

Meanwhile, there are real estate assets in Russia that could have potentially given an investor a return (IRR) of up to 14 percent in 2007 – 2012, when the world economy has been facing a severe financial crisis.

Moscow commercial real estate prices can be very volatile, producing the highest fluctuations in Europe. In 2009 Class "A" warehouses lost around 40 percent of their capital value, with prime rents decreasing by up to 30 percent and vacancy rates soaring from 3 percent to almost 17 percent. During 2010-2011 prices had been quickly recovering, with the price per sq m returning by now to 90 percent of the historic peak levels and an extremely low vacancy rate of 1.3 percent.

The main reason for the fast recovery is the very low level of market penetration: by the end of 2012 there will be just 400 sq m of Class "A" warehouse space per 1,000 inhabitants in Moscow, compared to more than 1,200 sq m in Prague and 1,500 sq m in Warsaw.

Careful selection of an asset with a good mix of international tenants, having long term interests in Russia, provides additional protection for investors' returns. Current yields are one of the highest in Europe with range of 11 – 11.75 percent. This is 300-500 bps above mature European markets and 200-300 bps higher than in CEE markets.

Even during the tough economic conditions of 2008 – 2012 the market managed to grow on average by 21 percent annually. Despite ongoing economic problems in the Eurozone, the market is expected to continue to show growth of at least 12.5 percent annually between 2013 and 2017. In the case of a more positive scenario, growth might be significantly higher.

Given all these factors, the warehouse segment of the Russian real estate market appears rather attractive to international investors. It is therefore not surprising that there are a number of reputable international players who have already been operating in the market for quite a long time, both as developers and investors.

The most recent 2012 investment transactions include Raven Russia's acquisitions of warehouse developments in Pushkino and Sholokhovo, reportedly totaling around USD 265 million. At the end of May, Hines announced closure of its Hines Russia & Poland Fund (HRPF) with purchasing capacity of 900 million euros, 80 percent of which is assigned to Russia. The fund plans to both — acquire and develop Retail and Warehouse assets.

It is expected during 2012 that new deliveries of Class "A" warehouses from international and Russian developers will exceed 15 percent of the total stock at the end of 2011.

According to a survey conducted by BDO, an audit-consulting company, and published at the end of August, the top 30 Russian banks are changing their lending priorities in favor of construction companies and developers. The real estate industry was placed first, as the most attractive borrower, by respondents from 39 banks, followed by energy companies and telecoms. Prime borrowers may secure interest rates of around 8 percent on USD denominated loans.

With all mentioned facts in mind, we would expect that a significant long term loss of investment capital, if placed in a Moscow Class "A" warehouse, would only occur in case of strong Russian GDP contraction during the next few years. This negative scenario implies a midterm recession in the world economy and a sharp decrease in oil prices.

We believe that this class of asset can be a good addition to the portfolio of any investor, who wants diversity in order to be ready for the crisis, should it materialize, but still have strong returns if not.

Russia is “extremely concerned” about the damage sustained by the Nord Stream 1 and 2 gas pipelines, the Kremlin said Tuesday.  Three...
Disproportionate levies