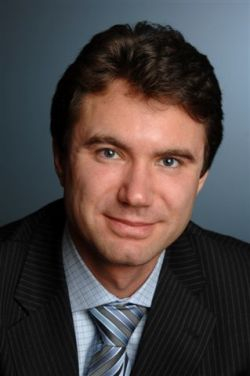 Since Sept. 1, 2012, Russia applies an additional "utilization" duty on various vehicles imported into or manufactured within its territory. Passenger cars, commercial trucks and motor buses are all covered, with the rate of duty varying considerably depending upon a vehicle's age and the volume, size and capacity of its engine. For example, the amount of the duty can vary from approximately 50 euros for cars imported by private persons to over 150,000 euros for certain second-hand heavy trucks.

According to Russian Federal Law N 128-FZ and Government Order N 870 of August 30, 2012, the same duty should apply equally to all vehicles prior to their release into free circulation, whether upon importation into or production within Russia. However, these measures provide for a number of remarkable exemptions from the above equality principle, making the new duty clearly discriminative from the perspective of international trade law and policy.

The duty would not apply to vehicles produced or assembled in Russia for which their manufacturer, registered in Russia, accepted obligations on the safe processing and recycling of such vehicles at the end of their life-cycle. However, foreign manufacturers lacking production activities in Russia and auto dealers are barred, de jure, from qualifying for this exemption. Thus, foreign-originated vehicles are automatically subject to the duty upon importation, while domestically produced or assembled equivalents can benefit from a deferral of the duty until the end of their useful life (i.e., up to 30 years).

Other elements of Order N 870 governing eligibility for exemption from the duty show clear violations of numerous provisions of Article III of the General Agreement on Tariffs and Trade (GATT 1994), which enshrines national treatment obligations under the rules of the World Trade Organization (WTO). They may also constitute potential infringements of the WTO Agreements on Trade-Related Investment Measures (TRIMs) and on Subsidies and Countervailing Measures (SCM). 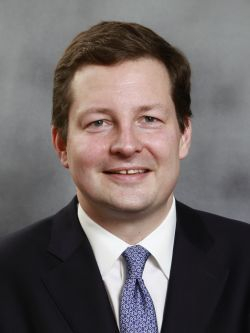 Neither the terms of Russia's Protocol of Accession to the WTO nor the WTO Agreements as such provide for any credible exception to the WTO rules that the Russian Government could invoke to justify such blatant discrimination between similar imported and domestic goods. Moreover, paragraph 1090 of the Working Party Report on the Russian Federation's Accession to the WTO contains direct commitments of the Russian Government to refrain from enacting any new WTO-inconsistent investment measure, including in relation to the existing car-assembly incentives in Russia.

Any attempts by the Russian Government to justify the duty under Article XX of GATT 1994, which allows for certain well-defined exemptions from the GATT rules on environmental or health grounds, also would not withstand scrutiny. Well-established and long-standing WTO practice prohibits such clearly discriminatory and overly trade-restrictive protectionist measures on environmental or health grounds. All relevant WTO case-law leads us to the conclusion that the Russian Government would stand no chance in defending the duty successfully in WTO dispute settlement proceedings.

In fact, any WTO member wishing to challenge the duty in WTO dispute settlement proceedings could further focus on other specificities of the Russian legislation at issue in the present case. These specificities could include the following: conditional exemptions from the duty for vehicles re-imported from Belarus and Kazakhstan, application of the duty only to vehicles imported or produced after Sept. 1, 2012, and the absence of similar measures on a variety of other types of vehicles (e.g., motorcycles).

Ultimately, it is interesting to note that many officials and observers openly state that the actual goal of this "utilization" duty is to protect the domestic industry by circumventing the disciplines of Article II of GATT 1994, which governs the maximum bound levels of import duties agreed by Russia upon its accession to the WTO. Such candor is certainly surprising in international trade law and policy. It should also result in the successful challenge of the duty by all negatively affected parties.

Zelensky in Britain Ahead of Invasion Anniversary

Ukrainian President Volodymyr Zelensky arrived in Britain on Wednesday for only his second overseas trip since Russia's invasion began nearly a year...
a long wait