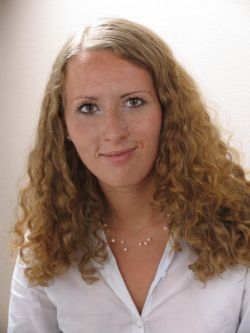 Moscow's elite rental market in the end of June 2012 was characterized by high activity from potential tenants, which boosted the demand by 19 percent. Аt the same time, a number of free properties came to the market. But this is just a seasonal phenomenon: The market suffers from a deficit of free supply.

During the first half of 2012, tenants' activity on the Moscow elite rental market was very high. The total volume of demand exceeded the previous year's figures by 15-20 percent.

Two- and three-bedroom apartments were equally popular with tenants (28 percent, respectively). More than half of all queries for elite housing were concentrated in the range of up to $4,000, 3 percent higher than in the first half of 2011. The interest in luxury properties worth over $10,000 per month fell again to the level of 2010, amounting to slightly more than 10 percent (2.5 percent lower than in 2010).

The trend of free supply volume reduction that started at the end of 2011 continued in the first half of 2012. Yet in June analysts noticed a growth in the number of free properties in the market, which amounted to 2 percent compared to the number recorded in May that was the seasonal phenomenon. In total, supply volume of elite housing fell by 8 percent in the end of June 2012 compared to the same period in the previous year.

The territorial supply structure saw little change during the last half-year. The Arbat-Kropotkinskaya area is a leader; it accounts for one-fifth of the total volume of high-budget apartments offered for rent.

The current supply structure by property saw no changes at all. The biggest share is still kept by three-bedroom (38 percent) and four-bedroom (26.5 percent) apartments, despite the fact that the biggest volume of current supply is still offered in the price segment up to $4,000 (about 30 percent).

At the end of the first half of 2012, an average weighted supply budget and a specific rental rate in the segment of high-budget housing amounted to $7,408 per month and $654 per sq.m. per year, respectively. The increase in the average supply budget over the past 6 months was 7 percent, while compared to the figures of June 2011 average supply budgets increased by 4 percent.

A growth of budgets and rental rates was seen in almost all areas of Moscow from the beginning of 2012. The most important figures were recorded in Leninsky Prospekt (26 percent), Frunzenskaya (13 percent) and Patriarch's Ponds (11 percent). The exceptions were Lubyanka-Kitai-Gorod and Tverskaya, where rental rates dropped by 6 percent and 11 percent, respectively.