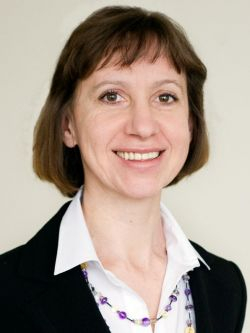 On May 3, 2012, Vladimir Putin approved the road map for the national business initiative "Improving Customs Administration," which aims to enhance the business climate in Russia. We were directly involved in developing the road map and would like to comment on the main ideas behind this document.

Many importers and exporters involved in developing the road map believe that customs clearance procedures are cumbersome and lengthy in that they are based on a discretionary right on the part of customs authorities to hold back goods for up to ten days to check information that is declared and that could affect the amount of customs payments. The fact is that under customs legislation, customs payments should be made and should actually reach the federal budget before the goods are released.

This model remains unchanged from that era.

The Russian Customs Code of 2004 stipulated that the provision of security for customs payments was a sufficient condition for the release of the goods. However, no procedures and institutions (primarily, general security and other financial guarantee mechanisms) were created to support the application of such a model. In 2009, the Russian Customs Code was amended to preclude the possibility to release the goods on condition of provision of financial guarantees. The law established that an importer is not entitled to receive its goods until the customs payments actually reach the federal state budget. These unjustifiably harsh provisions made their way into the Customs Code of the Customs Union.

This system has now led to customs payments being made in advance, with the goods not being released until the customs office verifies that the customs payments have been properly calculated; it has the right to cast doubt over any document supplied or information declared. In addition, according to statistics from the Federal Customs Service, only 6.5% of goods are subject to customs inspection (i.e. physical examination).

To rule out any risks for the state budget, we propose the use of financial guarantees when goods are released following the proposed scenario. These guarantees will include bank guarantees from reliable banks, a register of which will be maintained by the FCS of Russia.

We believe that this new model could have the additional impact of significantly increasing the amount of customs payments collected. This is because customs authorities have more possibilities to check a transaction and payments under such a transaction after the goods have been released.

We also believe that this model could help to stamp out the practice of the widespread "gray imports" through fly-by-night companies (SPVs): Not a single bank will provide a bank guarantee to a suspicious company.

To mitigate any negative risks for businesses and the state budget, the transition to the model that we have proposed should be accompanied by the introduction and development of the following attendant institutions:

Business has said its word, and we now must wait for the government to reply. In the near future, the road map should be approved by way of act of the Russian government. After that, there will be a long path towards the implementation of the measures provided for in the document until 2018. If business is correct in its calculations and expectations, then the majority of goods will be released within a maximum of two hours by 2015.

Putin self-isolates. Cases rising. WHO suspension.
on the blacklist