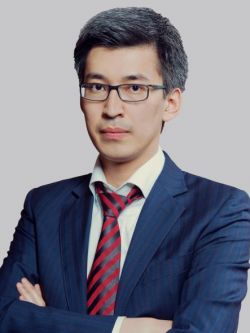 Tax risks are seen as one of the main investment risks. In the recently published Russian tax policy for 2013-2015, the state targets improvements in tax administration.

The emphasis is moving from the quantity of audits to their quality. According to the Federal Tax Service report, in 1Q 2012, 10,900 field tax audits were carried out, with violations found in 99 percent of cases, and an additional 95 billion rubles of taxes was assessed, i.e. an average assessment of 8.7 million rubles. In comparison with 2011 figures, there was a decline in the number of field audits, but the size of assessments increased significantly (in 2011 the average assessment was of 5.3 million rubles).

The FTS notes that these results were achieved thanks to a "pre-audit" analysis of each taxpayer, which implies that information previously obtained during audits is now being analyzed before commencing the audit, and the tax authorities then come to the taxpayer with specific questions.

There is no legal basis for these pre-audit activities in tax law, and the form that they are taking is nothing to celebrate. We are aware of a 100-page document of internal recommendations on carrying out a pre-audit analysis, as well as a 17-page report form for the findings of the pre-audit, which includes information such as the company's details (including information from the media and Internet), founders, management, their relatives, the chief accountant, employees, counterparties, performance, previous audits, etc. Tax authorities can, for example, make requests for information and documents to a taxpayer's counterparties citing a supposed field tax audit, while no audit is actually in progress. This means that what was previously carried out as part of the regulated tax audit procedure is now performed behind closed doors. Particular attention is given to groups of companies.

Various commissions have also been revived (on salaries, losses, and VAT refunds), where taxpayers are persuaded, for example, that they need to take losses off their tax return, or waive VAT refunds. Companies are often swayed by the threat of a field tax audit. The FTS Russia report on tax supervision activities in 2011 expressly states that these commissions resulted in taxpayers restating tax liabilities by 51 billion rubles and reducing losses by 192.5 billion rubles.

The state has also declared that it plans to reduce the number of tax disputes going to court in 2014 to less than a third of the number seen in 2011. This is to be achieved through improvements to the procedure for pre-court appeals against the decisions of the tax authorities. The FTS Russia states that only cases concerning tax schemes and methodological issues should go to court. At the same time, if we examine a cross-section of tax disputes considered in courts, we can see that the majority of such disputes concern assertions of unjustified tax benefits, in particular, tax avoidance by using fly-by-night companies. A significant number of cases deal with the substantiation of expenses, issues relating to the calculation of taxes in one situation or another, and tax refund timing. Although the Presidium of the RF High Arbitration Court issues more than 100 tax precedents each year to close loopholes in tax law and elaborate a uniform approach to tax issues, many arguments used by taxpayers are simply not supported by tax authorities.

Finally, the state's initiative concerning the computerization of the tax administration process (electronic filing, interactive services) is also a source of concern. On the one hand, it would simplify everyone's job. On the other hand, however, the state would be able to considerably enhance its means for total control over every single taxpayer.

Whatever the case, business always involves conflicts and risks. In this situation, anticipation becomes vital, with tax risk management systems to be adjusted accordingly. As Kant once said, "If a man makes himself a worm, he must not complain when he is trodden on."