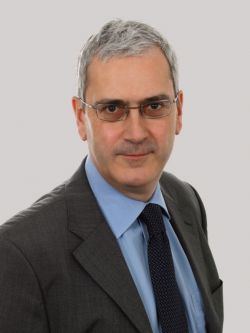 Facebook has successfully completed the biggest tech IPO in history, raising $16 billion and making billionaires of its founders and early investors and millionaires of many of its employees. And miraculously, this was achieved in a market that is quickly heading south, as fears and emotions escalate against the backdrop of a possible Grexit from the Euro and who knows what else. Volatility has been the only constant in the market since Lehman, and although this has had a seriously negative impact on the IPO market in general, other companies have recently come to market and more are about to list in the near future. Whether or not the markets will remain open during the rest of the year is a different topic altogether. Many Russian companies will most certainly be looking eagerly for a window of opportunity to raise their own financing.

In recent years, there has been a continuing trend for Russian companies considering an IPO to make London their first stop. RusAl may have bucked the trend at one point by listing in Hong Kong, but that failed to set a precedent and business soon returned to London as usual. The appeal of London is perhaps understandable, but is it really suitable for all the Russian companies that want some form of listing? What about the alternatives? And what about the growing number of Russian SME's and private equity funds that will increasingly want access to the international equity markets? Is London really the only place for them? The answer, of course, is no. One obvious alternative is Frankfurt. Why Frankfurt? Because it is a leading European financial center and offers a wide range of listing products from the entry standard level of the open market to the prime standard of the regulated market. The entry standard is available to companies that have been around for at least one year, and financials prepared using Russian accounting standards are acceptable. Furthermore, no prospectus is required and shares can be placed with selected investors. To compare, in the regulated market, you need accounts under IFRS and have to place at least 1.25 million euros of shares, though you can also choose between the more lenient disclosure requirements of the general standard or the more rigorous requirements of the prime standard, which include quarterly reporting and analyst conferences.

A small number of Russian companies have already listed successfully on the Frankfurt exchange, including IBS Group, a leading provider of IT, programming and consultancy services to Russian companies. In 2010, the company moved from the open market to the general standard segment of the regulated market. Frankfurt is remarkably open to companies from BRIC economies: There have been 33 Chinese companies already admitted, with 10 in the prime standard. Of the limited number of companies that managed to list last year in Frankfurt, three were Chinese and there is a long pipeline of other companies waiting to come to the market. As Russia continues to develop its SME sector to help meet the president's recent call for the creation of 25 million highly-productive jobs, and Russian private equity houses look to get rid of their investments, many also in the SME sector, the old adage that there are "horses for courses," should see many more Russian companies heading to the banks of the Main for their equity listings.