Contribute Today
By Dmitry Marchan
May 21, 2012 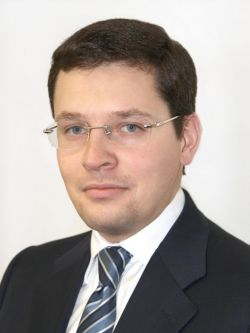 In essence, the main purpose of any M&A transaction is not only the transfer of title to an asset, but the allocation of risks associated with the acquired asset between the seller and the buyer. Various legal tools have been developed throughout the long history of international M&A transactions to properly allocate such risks: the due diligence investigation of target companies, warranties and indemnities, disclosure letters, purchase price adjustments, escrow accounts, etc. Although these risk allocation mechanisms are common practice in foreign jurisdictions, they are not developed in Russian law. Traditionally, most M&A deals involving Russian assets are done under English law. The laws of other jurisdictions, such as New York or Dutch law, also serve as alternatives, albeit less common.

Over the last several years, the number of deals done under Russian law has increased. Russian law is used mainly for smaller deals, when the buyer has an appetite for risks relating to the target. In these cases, the focus is more on transferring title rather than allocating risks in transaction documents. Russian law is also used for local deals when both parties are Russian entities and the use of foreign law is simply not possible.

Also, Russian parties with experience in international transactions more often expect their lawyers to find Russian law equivalents for traditional risk allocation mechanisms and, to the extent possible, implement them in Russian law-governed transaction documents. These "equivalents" in Russian law were not initially designed for M&A transactions and their enforceability in the context of an M&A deal is questionable. However, this willingness of local market players to adjust Russian M&A transaction practices to international standards will hopefully have a positive impact on the further development of Russian law and court practice in this area.

The concept of shareholders agreements is expected to be further developed in the new Russian Civil Code. Various amendments to the Civil Code that were proposed by the Russian Government in 2012 are currently under consideration by the Russian Parliament. They contain provisions on a "corporate agreement," a concept aimed at creating a consolidated legal framework for agreements between shareholders of the two most common Russian corporate entities — limited liability companies and joint stock companies. The introduction of this concept into the Civil Code may serve as the basis for a consistent approach to shareholders agreements by Russian courts. The current lack of stable court practice deters foreign investors from structuring joint ventures with Russian partners on the basis of Russian companies.

Changes in the scope and focus of pre-acquisition due diligence reviews are also quite noteworthy. Traditionally, foreign investors have given special attention to careful due diligence investigations of Russian targets, particularly with respect to tax liabilities. Over the last few years, there has also been a strong focus on corruption and issues with compliance. For most foreign investors, it is crucial to determine whether the target has been involved in any practices that go against local or Western anti-corruption legislation (the FCPA in the United States and POCA in the UK), such as bribes, kick-backs, tax evasion, or illicit cash payments to employees. If the target has been involved in such practices, it may seriously impact plans for acquisition. It is generally advisable to retain lawyers and other advisers to investigate these issues at a very early stage of the transaction.