Contribute Today
By Natalia Tischendorf
May 11, 2012 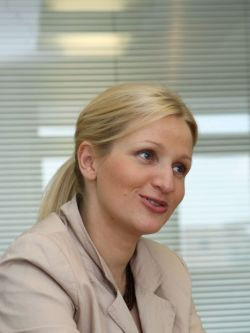 What are the latest trends in the retail real estate market, and why are the regions still so challenging for many developers and investors?

Retail real estate has become one of the first sectors in Russia's real estate market to climb back to its 2010 level. Analysts agree that the market will continue to grow at least 10 percent per year over the next five years. The food retail segment will build up its indicators roughly at the same level that it did prior to the financial crisis, while the non-food segment will be more active and could grow more than 15 percent.

With a population of over 142 million and a growing disposable income, Russia is unquestionably one of the most important markets for most of retailers. In 2011, for example, the overall revenue of retailers in Russia stood at more than $4,540 per resident. Judging countries by their development promise, many Western retailers rank Russia among the top three locations for strategic development.

International retailers continue announcing their plans to enter the Russian retail market. Many existing retail chains, both domestic and foreign, plan to expand across Russia. Moscow and St. Petersburg markets continue to be priorities, while regional cities are now targeted for further expansion. The majority of Western market companies are developing their businesses in Russia according to an organic model. At the same time further development of Russian retail chains would take place via company consolidation by mergers and acquisitions, in the opinions of numerous investment analysts.

This rosy outlook tied to double-digit growth among retailers should directly reflect in investors' and developers' interest in the Russian retail real estate market. Currently the indicator of high-quality retail stock in most millionniki, or Russian cities with a population at or above 1 million, is lower than 300 square meters per 1,000 residents. The situation is even worse in third-tier cities, which have populations of more than 500,000.

Based on a detailed marketing analysis, we can say with assurance that when competition is analyzed for new, high-quality retail projects in many second- and third-tier cities, it often turns out that all existing shopping centers could be labeled as competition in a very symbolic way and should be called shopping centers only tentatively.

Many assets are outdated, were reconstructed from industrial premises building materials or lack entertainment components. That isn't even to speak of the absence of federal retailers and lease agreements that have been carefully worked over with a legal eye.

According to research conducted last year by management consultant A.T. Kearney, retailers believe that Russia is in the "maturity" phase and that it is difficult to secure quality retail space. What's more, this fact suggests that the further growth of retail sales would be driven by second- and third-tier cities.

Because of the uncertainty over construction permits in Moscow, most of the new supply is planned either in the Moscow region or in other regional cites. In fact, about 50 percent of Moscow agglomeration new stock is being developed in the Moscow region, compared with no more than 20 percent before 2008.

Looking at the figure for retail demand, it is possible to say with surety that the percentage of retail stock in second- and third-tier cities will comprise more than 40 percent of all retail stock in Russia by 2014.

Why aren't we seeing strong investor interest in entering second- and third-tier cities? Why do the majority of investors still focus only on the Moscow and St. Petersburg markets?

Local business conditions are one reason. Each city has its own "character": a particular way of interacting with the local administration and the city's mayor. The regions are distinct in terms of their processes for allotting land, provision of the infrastructure utilities and mechanism of administrative support. It is extremely difficult for retail chain developers who are actively investing in a regional shopping centers chain to establish relations with local authorities in several cities at the same time.

Banks are another reason for the ­Moscow-St.­ Petersburg concentration of investments. Don't forget that ­developers/investors receive 60 to 70 percent of their financing from banks such as Sberbank, VTB, Gazprombank, Alfa Bank and others.

A bank's process for reviewing projects and its discussions in investment committees take up a large amount of time. Also, long months of work spent analyzing a new project with its banks don't give a developer the time needed to enter regional markets. In Russia, project financing is a difficult, custom-made product that demands the highest level of professionalism from the developer and investor.

A third reason for the focus on the two major cities is the uncertainty of exit strategy. Big developers usually chose a strategy of holding, not selling their assets, due to lack of liquidity understanding of these assets.

For investors, choosing a shopping center for acquisition must be based on the construction quality of the shopping center, its tenant mix with focus on the federal retail chains and strong anchor tenants.

In Russia, however, a potential investor — especially a foreign one — first and foremost looks at whether the mall is located in Moscow or St. Petersburg versus the regions. When we hold a tender for the sale of a retail complex in Moscow, we receive 30 to 40 investors offers. Compare that with the roughly five to seven bids for a regional asset.

Undoubtedly, any shopping center in a European capital city will have a premium in price in comparison with property in the regions, but the regional initial yield won't differ by more than 30 percent, as is currently the case in Russia.

Over the next several years, Moscow's retail real estate market will remain the most popular for the majority of Western investors, but the regional market will also develop very dynamically. Based on European statistics, we expect the difference in initial yield to be reduced by up to 10 percent (between Moscow and the regions), which will make it possible for regional development projects to reach rentability on par with Moscow.

That raises a question, however: How long will this window of opportunity stay open for regional developers and investors?

According to our estimation, that window will remain open for two to three years. Is now the right time to invest in cities in the regions? Yes, if you don't want to be late!

The rent levels in shopping centers are directly related to the revenues of the retailers in the complex, a relationship that leads to an automatic increase in rental income in case retailers' revenues increase. Investments in shopping centers are probably some of the most inflation-proof assets in the commercial real estate segment. And that makes them especially attractive in today's market.