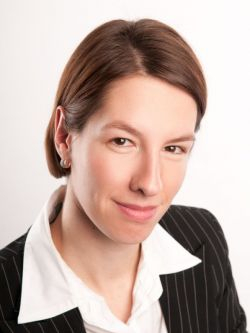 In January 2012, applications opened for quotas to hire foreign employees in 2013. In 2010, a Health and Social Development Ministry decree introduced a computerized system for processing regional proposals for determining foreign worker requirements. This system underwent regional testing for two years and has been revised. As of Jan. 1, 2012, a new version has been put into operation nationwide. The system is called Automatic Data Complex Migration Quotas ("ADC Migration Quotas").

Details of the system can be accessed at www.migrakvota.gov.ru. Its intention is to simplify the procedure for employers filing applications to hire foreign workers with regional authorities.

From the beginning of 2012, the quota procedure has been revised as follows:

The use of ADC Migration Quotas is free of charge for employers. Employers can file applications without leaving the office, or they can visit the authority if they do not have Internet access (many regions have fully equipped offices for filing applications).

Online filing should save employers considerable time. The system provides assistance (including codes for professions, economic activities, states of origin of foreign employees, etc.), the ability to contact the relevant authority and system developers if any questions arise and has a generally user-friendly interface.

Making an application through ADC Migration Quotas does not exempt an employer from the need to submit a paper application to the relevant authority. Two copies of the application should be printed directly from the system and duly certified (see information on certification process below). The only inconvenience with filing the hard copy of the application printed using the ADC Migration Quota system is that it must be filed with an extract from the Unified State Register of Legal Entities or the Unified State Register of Individual Entrepreneurs, and obtaining the extract can take several days. The extract must have been issued no earlier than June 2011.

To begin using the system, an employer must firstly register using the relevant form. Registration is done once and the information entered is automatically used when generating applications. After registration is successfully completed, the system will automatically generate a user name and password on the following terms, which should be retained by the employer:

The end result of all of the above is the final application, which must be saved, printed, signed by the employer, stamped with the company's seal, and submitted to the relevant authority. The authority has the right to demand a letter substantiating the need to hire the number of foreign workers requested in the application and the address(es) where the employees will reside.

Any organization planning to hire foreign workers from countries with visa or visa-free entry in 2013 must apply for a quota by May 1, 2012. Applications to revise 2012 quotas are accepted in addition to the main application for 2013.

The regional interdepartmental commission may reduce all or part of an employer's application on a number of grounds. Firstly, the ability to meet requirements for workers using regional labor resources, including by training or retraining unemployed citizens, or hiring workers from other regions. Secondly, should the employer have outstanding violations of the relevant procedure for hiring and use of foreign employees committed with respect to quotas in previous or the current year. Outstanding unpaid salaries is also a material factor, as well as labor law violations found by the state labor inspectorate.

Should an employer disagree with the interdepartmental commission's decision, the employer may appeal the decision in accordance with the procedure provided under the law of the Russian Federation. After the relevant session of the interdepartmental commission, the relevant authority must notify the employer of the results of its application. If the application is approved, such notification should be given within a month, while if it is partially or entirely rejected, such notification should be given within 10 days.

In accordance with Federal Law No 115-FZ on the Legal Status of Foreign Citizens in the Russian Federation of dated July 25, 2002, the Russian government has the right to set annual limits on foreign workers in various sectors of the economy for economic agents operating in one or more regions, or nationwide.

Once an employer's jobs have been included in the information on jobs for which foreign workers will be hired in the current year (usually one month after the application is filed with the authority), the employer may file the documents required to obtain a work permit for the foreign worker with the territorial authority of the Federal Migration Service.