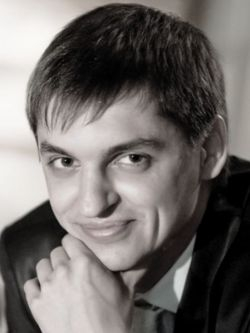 Let's face it, traditional outsourcing has so far not taken root in Russia and is perceived more like an experiment than an effective business tool. In fact, over the years, skepticism with regard to a projected increase in the demand for outsourcing services is only growing. While such BRIC countries as China and Brazil are showing a steady growth in demand by 50 to 75 percent per year, similar figures in our country are two to three times lower.

There are both objective and subjective reasons for such a situation, arguments that have been discussed on numerous occasions by leading market players. Nevertheless, if you take a closer look at the current interest toward outsourcing in the business community, there is a sense that Russia is once again demonstrating its uniqueness and simply skipping one of the development stages inherent to traditional mature markets and turning over to the next one.

In the 1990s, Western countries could fully appreciate the benefits of traditional services based on using offshore centers and labor arbitrage (the principle of substituting expensive resources with cheaper ones). Therefore, a gradual transition to more complex methods of business organization oriented at changing the business model, and, as a consequence, transformation of internal operational activities, began already in the middle of the first decade of the 21st century. British Petroleum, General Motors, T-mobile and Deutsche Bank were among the most successful companies pioneering transformational initiatives with usage of outsourcing services.

The shock experienced by the economy in 2008 during the financial crisis, served as a catalyst for transition of the business community into the new reality. This reality, in which the rapidly changing situation in the political and financial spheres, consumerization of business, massive distribution of social and mobile technologies, as well as their significant impact on all areas of life, is "the new normal."

Awareness of this fact brings active market participants to an obvious conclusion: Survival in "the new normal" requires changes. Restructing and transformation of operations is no longer an issue of efficiency and cost-effectiveness but a matter of survival.

Hence the question arises of whether it is possible in principle to restructure businesses under the current organization of internal services?

The leaders in most active and competitive sectors of the Russian economy — such as the financial, consumer and, surprisingly, resource sectors — are already thinking about it.

Hence the growing interest among the major Russian market players to the experience of developed countries and the dramatic growth of the demand for elaboration and development of long-term business and operational strategies.

It is safe to say that hardly anybody would venture into starting a serious transformational project without securing the support of reliable partners. Serious investments, an unpredictable future and high dependence on technologies significantly increase risks, and businesses want additional guarantees. Thus there arises a need for a reliable partner, who understands the market and specificity of business and who is ready to undertake the implementation of the new operating model and development strategy based on practical experience and, moreover, to share the risks.

This model, in which a partner assumes a number of functions related not only to operating activities but also to business management in general, has existed for many years not only in theory but has been quite successfully implemented in developed markets.

One of the first and the most high-profile projects was the British Petroleum initiative to outsource part of the accounting functions to Accenture in order to support the company's aggressive growth while maintaining the optimal structure of administrative expenses. At the start of the project, 300 BP employees were transferred to Accenture, thus allowing them to continue performing their functions without any negative consequences for the business. In the course

of the work, Accenture completely restructured British Petroleum's internal processes, optimized the structure and updated technologies. As a result, though the company's volume of business doubled, accounting costs were reduced by half. The project was so successful that this service was later used by six other major players in the oil and gas sector in the region.

Another example is the assignment by one of the leading service and data providers of a significant part of its IT management functions to Accenture. As a result of the IT division transformation, the cost of supporting the infrastructure was reduced by 50 percent, and the number of service outages decreased from 25 to one per month, despite the fact that operating speed of the core platform tripled. After a few years, the service was completely reassigned back to the customer, together with all the resources, streamlined processes and necessary tools.

How to achieve such results? There exist a large number of different approaches to achievement of high efficiency, which depends on the specifics of the business and customers' needs. For example, some clients require development and promotion of new products, while for others it is better to focus on a unified and consolidated portfolio. Sometimes they need centralization of resources and optimization based on a new technological platform and, sometimes, distribution of functions through a regional network.

One thing remains the same: The success of such projects is always based on a combination of understanding the customer and the market situation, joint work on determining the winning formula, significant experience in the particular market segment and the relevant resources and technologies with the partner's follow-up responsibility for the result.

The experience of many Fortune 500 companies proves that transformation and optimization of businesses through outsourcing is already a world reality.

Will the Russian business community have enough nerve to make a decisive step toward transformational outsourcing? Hopefully, healthy competition, trust in partners, international experience and a common faith in success will finally allow us to make a leap and, if not outpace the leaders of developed markets, at least become established players in the world markets.