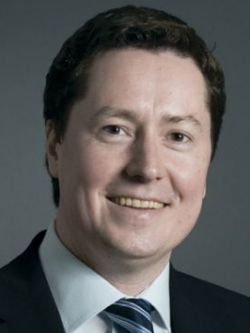 Negotiating is an art, not a science. There is never one "right" way to negotiate. When it comes to Russian deals, a general rule of thumb is to be patient, keep your cool but always remain firm and consistent in your approach and tactics.

Many books have been written on the subject of negotiations, and there is not sufficient room here to cover the subject in any great detail. Instead we mention below just a few of the tactics and approaches that we often see on Russian transactions (taken both by Russian parties and also international investors). None of these are unique to Russian deals, of course.

The use of a middleman to negotiate — quite often the ultimate decision-maker will be in the background somewhere and not present during negotiations. This is not unusual, particularly on smaller deals. The key is to understand the limits on the authority of the person present at the negotiating table and whether they have the power to make decisions and agree on final positions. Otherwise you run the risk of cheese-slicing in negotiations.

Cheese-slicing is where the person negotiating will accept any concessions and traded points, but then change his mind and backtrack on points he has initially conceded, often after consultation behind-the-scenes with his superiors or the ultimate owners of the business. Clearly it is very important to make clear early on that any concessions are made as part of a "package deal" and that if points are reopened, the whole agreed deal so far may need to be reassessed. 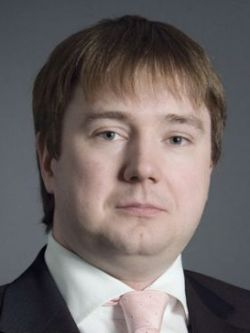 Good cop, bad cop is a variation on cheese-slicing and the use of a middleman. Often where there are multiple selling shareholders, one seller will take a reasonable position but explain that he can never convince his fellow shareholders (who are often not present at negotiations) of the position and that therefore concessions will need to be made. Buyers, investors and lenders often do the same thing when explaining that they will never manage to obtain approvals from their superiors and/or credit committee.

Overly aggressive — you will sometimes encounter an overly aggressive approach to negotiations from one or both parties, particularly in a business culture that has seen momentous political and economic changes over the last 20 years. The key here is to be informed and comfortable with who you are dealing with and to make sure that you have experienced advisers with good local knowledge.

Delays in responding — it is not unusual to experience delays in responding to requests for information or drafts of legal documents. Often this is just part of the process of coordinating many different people in large organizations (the expression "herding cats" is used here!). However, sometimes it is a deliberate tactic, in order to reduce the amount of time available to analyze issues and to put unfair time pressure on one party and/or their advisers. Firm timetable management is key here, together with a tough negotiating position when necessary.

Late information — it is very common on deals for new and potentially significant information to arrive very late in a transaction, sometimes shortly before the contracts are due to be signed. This often happens with very late disclosures against the warranties. The disclosure exercise is often carried out very close to signing and the process of focusing on the warranties can prompt the sellers to produce new significant information (financial, commercial, legal or otherwise). Again, a firm management of the timetable is key here. An indemnity, price adjustment or retention should be sought by the buyer if appropriate, regardless of the lateness of the disclosure.

Language barriers — almost all Russian deals are conducted and documented in either Russian, English or, more often, in a combination of both. Russian law requires Russian language versions of a number of the contractual documents for regulatory and tax reasons or for the notary. Quite often, some or all of the parties will not speak the same language to a sufficient business level, and it is therefore necessary to use translators and translated or bilingual versions of documents and contracts.

Quite often, the time pressures on deals mean that translations will fall behind the original versions. This whole process inevitably leads to delays, miscommunications and misunderstandings from time to time. This can be managed with a patient and professional approach. However, parties will sometimes also use this to their advantage — for example, by renegotiating previously agreed points and explaining that only now do they fully understand them, now that an updated translated version of the contract is available.

In Russia, use Russian law — the argument that is sometimes run, particularly by sellers, is that for Russian deals, Russian law should be used. It is sometimes the case that the use of Russian law is mandatory, but most of the time it is not (or can be structured around) and most international deals will still use English law. In the case of the sellers, the fact that Russian law does not yet fully recognize concepts such as warranties and indemnities can be an attractive proposition for them, but clearly a buyer will want to use such legal mechanisms and for this reason English law is usually preferred.

Focusing on the wrong issues — sometimes a party will focus on seemingly unimportant issues and try to direct the bulk of the negotiations toward these. This can be for a number of different reasons. Sometimes they are just inexperienced and unfamiliar with the process. On other occasions, it can be a negotiating tactic, to divert attention from other, more business critical issues. Alternatively it may just be to create a "list of points" — in other words, items that can later be traded for something. Or, of course, it may be that a seemingly unimportant point is actually of great importance to the other side!

At the final stage of negotiations, the parties will need to consider whether any final changes need to be made to the deal. For example, the buyer may require an indemnity to cover a new issue highlighted in the disclosure letter, or it may want to increase the amount of consideration to be paid into the retention account (and so decrease the amount to be paid directly to the sellers at completion).

Also, since several months will probably have elapsed since the price was first agreed, the financial performance of the target may have changed and new financial results (at least in the form of updated management accounts) will probably be available. If the results are significantly different from those on which the original price was negotiated (and this is not purely due to seasonal variations or one-off factors), then one party may want to seek an adjustment to the price.

In the case of smaller companies, quite often the financial performance of the target will drop during the M&A process while its senior management is busy with the sale negotiations and does not have sufficient time to fully focus on running the business.

In advance of exchange, the parties and their advisers will need to start organizing the matters to be put in place at or shortly before signing. It is particularly important to plan these steps in advance so that signing is not delayed. Parties will usually have completion agenda, setting out all the steps and listing all the documents to be produced or entered into at exchange or completion. This should include details of the parties to each document, the names of the actual individuals who will be required to sign, the status of each document ("in draft form," "form agreed," etc.) and the name of the person with responsibility for producing or finalizing each document.

For reasons of practicality, the board will usually discuss, and if considered appropriate, approve more than just the company's entering into the sale and purchase agreement. Other matters that may require approval could include the finance arrangements or any necessary public announcements. The companies will also need to appoint one or more representatives to act as designated signatories for each respective company.

When reviewing the other party's board approvals and signing authorities, local law advice relevant to the location of the company in question should always be taken. In some cases, this will also be supported by a legal opinion addressed to the counterparty.

In addition to board approval, the companies may need to obtain approvals from their shareholders. This will largely depend on the articles of association and also the place of incorporation and jurisdiction of the company in question.

Depending on the number of shareholders, obtaining such consents may be a laborious and time-consuming process. It is therefore considered best practice to involve the shareholders at the earliest possible stage.

It is common practice to provide the other party with a copy of the board and/or shareholders' meeting minutes. This should be borne in mind particularly in respect to any confidential discussions that the company may wish to hold. Usual way out is to provide extracts from the minutes certified by the company's executives or secretary.

In case one of the parties to the agreement is a Russian company, one should remember that the general director has authority to sign any contracts on behalf of the company, subject to any limitations expressly set out by the law or in the charter. These limitations include requirement to have major and related party transactions approved by the company's board or shareholders depending on its value. The charter of a Russian company may also provide certain limitations of the general director's authority to sign certain type of contacts (e.g. acquisition/disposal of real estate) or perform certain actions without board approval.

In the case of finance related documents (including loans and guarantees), the Russian federal law on accounting allows the company to challenge the validity of these finance related agreements unless they are signed by both the general director and the chief accountant. Best practice is therefore always to ensure that both of these individuals sign such documents.

Transaction in respect to Russian assets may be subject to clearance with Federal Anti-Monopoly Service of Russia. It is important to remember that even if the deal is structured offshore (i.e. the buyer acquires shares of a non-Russian company that directly or indirectly owns shares of a Russian company or assets in Russia), clearance in Russia may still be required. The process usually takes about three or four months including one or two months for preparation of all required documents. Depending on the circumstances, the buyer will be required to get clearance before completion of the transaction or just send post-completion notification to anti-monopoly authorities.

In case of acquisition of shares in strategic enterprises (as defined by the law on foreign investments into the companies having strategic importance for the defense and security of the state) separate approval by the specialized government commission is required.