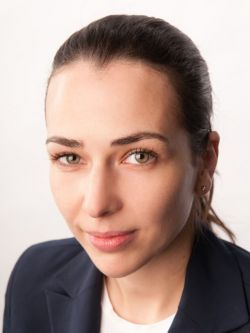 As opposed to most Western countries where legislation on energy efficiency has been continually developed over the last decades, the trend has only begun to gain traction in Russia in recent years.

Russians' lack of interest in the topic can be largely explained by the low cost of energy and a lack of competition in the real estate sector. With little incentive to maximize the quality of new buildings, Russian investors have generally chased short-term payoffs, rather than spend extra on energy efficiency measures that would see significant savings only over the longer term. However, the growing importance of foreign investment in construction projects in the Russian Federation has generated widespread public interest in green construction in general and energy efficiency in particular.

The main legal provisions in the sphere of energy efficiency are those contained in the federal law "On Energy Conservation and Improving Energy Efficiency, and Introducing Amendments to Certain Legislative Acts of the Russian Federation," adopted on Nov. 23, 2009 (the "Energy Efficiency Law"). This law provides for important ways of encouraging energy conservation and improving energy efficiency, such as:

It should be noted however that the Energy Efficiency Law is more of a framework and will require that a large number of regulatory legal acts clarifying and elaborating on its provisions be adopted. The implementation of the various rules set forth in the Energy Efficiency Law will otherwise not be possible. For instance, the Energy Efficiency Law established an obligation to adopt regional and municipal programs in the sphere of economies of energy and increase in energy efficiency prior to Aug. 1, 2010. In reality, a number of such programs were adopted after this deadline had passed or without the necessary requirements for the programs having been adopted by the Russian federal government.

The following are some of the main deficiencies in the regulatory acts adopted in the sphere of energy efficiency:

In our view, in addition to the above tax incentives, which are clearly insufficient for a large-scale implementation of measures to increase energy efficiency, Russia could also follow the Western practice of adopting nonfinancial (organizational) stimulatory measures. These would include, for example: expediting/simplifying the procedure for approving design and construction documentation for energy efficient buildings (specifically, issuing construction and commissioning permits faster, expediting the state expert review, etc.); the possibility of obtaining use rights for land plots for construction or reconstruction of energy efficient facilities on preferential terms (for instance, without a tender); as well as other types and areas of support that do not require additional budget financing.

It is clear that the current Russian legislation in the sphere of energy efficiency requires further development and improvement. We believe the stimulus for wide-ranging energy efficiency measures should first come from the government, in the form of adequate financial and organizational support, and not only to state and municipal organizations, but to private companies as well.