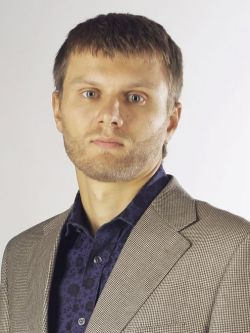 In recent years, the Internet has been penetrating Russia increasingly faster. Currently, the country has reached 60 million users in the network, making it an attractive platform for Internet business. The growth potential is now very high, being measured in double-digit figures.

It should be noted that Russia's e-commerce sector is among the most rapidly developing in the world. Based on expert estimates, in 2012, the volume of the market of Internet sales in Russia will add more than 45 percent and reach about 520 billion rubles.

The prospects of the Russian e-commerce sector gradually attract rather sizable investments. The first record in the area of one-off investments was set early last year by KupiVIP, a shopping club that raised $55 million. However, the record was broken as early as in September by Ozon, one of Russia's largest Internet shops, which raised $100 million. Notably, this transaction involved Rakuten, a Japanese online retailer and one of the best companies in the electronic commerce market worldwide that follows an aggressive policy in terms of expansion to international markets. Besides, last year was marked by the first IPO of an online shop — Utinet.ru, a seller of laptops and electronics — which raised 390 million rubles on MICEX.

This suggests that such factors as growing political risks, slowing global economy and falling consumer activity do not scare away investors. As a result, in early 2012, investor activity in this sector did not decrease. Recently, Heverest.ru, an online hypermarket for sports, travel and recreation goods, raised $4.3 million of foreign investment. Despite the fact that most investments were received from one of the leading Russian investment funds, involvement of eVenture Capital Partners, a venture fund specializing in early-stage investments in Internet companies in the United States, Europe, Russia, Asia and Latin America, suggests that the number of foreign players willing to invest in Russian e-commerce is only going to grow.

In 2011, we implemented more than 10 different projects for the e-commerce sector, including business assessment of Internet companies aimed at investor engagement and a number of pre-investment surveys ordered by prospective buyers of online businesses. This is one more piece of evidence of the increased interest strategic and portfolio investors have in this young sector.

The Russian segment has already named its most successful investors. Last year, it was Fast Lane Ventures having developed and funded as many as 15 Internet businesses since mid-2010 (including Sapato.ru, the sensational Internet shop specializing in online sales of footwear and accessories). This project was successfully sold a little later to another online shop, Ozon.ru. The transaction became the first major sale in the Russian market of electronic commerce in more than a year and the first withdrawal of Fast Lane Ventures from the project.

The estimates of last year's total volume of the Russian e-commerce sector vary from 240 billion to 350 billion rubles, i.e., market growth amounted to 40 percent, based on most pessimistic estimates. InSales research suggests that the electronics and home appliances segment was the leader in terms of the annual turnover of online trading, as demand for such goods was the highest, with sales reaching 57.3 billion rubles by the year's end, or 44 percent more than in 2010. Computers, laptops and components came in second with 35.2 billion rubles. In 2011, the market structure gradually changed, and clothing and footwear practically caught up with the market's second segment, in turnover terms, by increasing sales by 69 percent, with 34.4 billion rubles being spent on items in this category.

A number of experts believe that this tendency results from the development of a club format of online commerce (the most illustrative example being KupiVIP.ru), which provided an inflow of buyers giving, in this way, an impetus to the existing sales formats. In part, this is because major players conducted massive advertising campaigns, aggressively attracting new users. A lot of online shops were opened in this segment. The users are more loyal to buying clothes and footwear online.

Domination of national companies over foreign players remains a key feature of the Russian market of e-commerce. There are a number of objective reasons for that.

In addition, analysis of purchases shows that Moscow and St. Petersburg account for up to 70 percent of the entire volume of the market, and residents of cities with a population of more than 1 million people account for another 20 percent. Only 10 percent come from midsized and small towns and villages. Obviously, the principal potential for the development of online commerce for the nearest years to come lies in reaching out to regional markets, structuring and redistributing players in the sector, and screening off the players that cannot offer good-quality products and services to the consumers. However, a number of experts are of the opinion that regional expansion is seriously hindered by the limited capabilities of all delivery methods — in particular, the railway system, which cannot convey the goods to remote regions, so the user often has to wait too long.

It is for this reason that e-commerce representatives believe that the appearance of major foreign players in the Russian market is not to be expected soon because they are warded off by primarily logistic problems in the country.

The Russian e-commerce sector is also exposed to global tendencies. It is becoming necessary for the domestic market to combine online and offline commerce, which will become a unified whole sooner or later. The product you like in a shop can be quickly found through mobile devices at a lower price. This forces offline retailers to play by the rules of the Internet market.