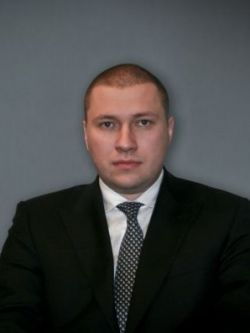 Corruption is currently seen as imposing major limitations on Russian economic progress as well as being a major deterrent to global investors looking to move into the Russian market. But 2011 saw two major developments in the fight against corruption, with the criminalization of bribery through intermediaries and the introduction of corruption fines related to the size of bribes being offered.

Including the crime of bribery through intermediaries in the Criminal Code (Article 291.1 of the Russian Civil Code) is undoubtedly a positive move, since most "suitcase" bribes are currently offered and received via intermediaries. In order to protect themselves, corrupt officials almost never take money from anyone offering it directly. In the past they have invariably used an intermediary instructed to take a bribe and pass it to the official. Until the new law the intermediary was either exempt from liability when caught, upon stating that the monies held constituted "fees for services under a civil law contract," or was only liable for attempted fraud. Where an individual was charged with attempted fraud, he or she was deterred from testifying against an actual bribe recipient in order to avoid charges of group crime, an aggravating circumstance, and invariably presented himself or herself as the sole party to the crime.

Bribery through intermediaries is now seen as an independent crime that, depending on the qualifying circumstances, could see offenders met by sentences of up to 12 years imprisonment.

Further assisting the possibility that intermediaries may be more motivated to testify against actual bribe takers is the change in the law to enable intermediaries to be released from criminal liability where providing active assistance to investigators. This means there is more scope for intermediaries to assist investigators with unveiling an entire bribery chain and promoting the exposure of corrupt officials — the ultimate objective of public management anti-bribery efforts.

The introduction of potentially huge fines to punish criminal liability for bribery is unlikely to act as a deterrent in the same way. There are many concerns about the likelihood of this measure working and, particularly, the capacity it can allow an offender to avoid punishment for their crimes. Where an offender is sentenced to pay a fine and there is no mechanism for effectively collecting that fine, the offender can avoid imprisonment. This loophole will doubtless prove attractive to some offenders and may potentially undermine all government efforts to combat corruption.

As we see it, since offering or taking a bribe is not a crime of violence, it would be quite acceptable to apply only property-related punishments, without resorting to custodial penalties. Such punishments should, however, be available as alternatives, with the possibility of avoiding imprisonment subject to a fine that is objectively very substantial for the offender. In these circumstances, the court should first impose a basic custodial punishment and then, together with this, set a fine relating to the property status of the offender but relating also to a certain multiple of the bribe. Imposing an alternative punishment in the form of a fine should be a right of the court rather than an obligation. Such sentencing would satisfy the inevitability of punishment principle and, at the same time, compensate the government for damage caused by the guilty parties.

Russian courts have already put major fines for bribery into practice, with a former Tatarstan district head fined 300 million rubles in January this year. Apart from this striking case, other instances of courts imposing no custodial sentences when punishing bribery have increased. Unfortunately, no information is available as to whether the convicted parties have paid the fines faithfully.