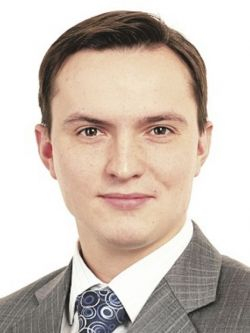 In December 2011, adjustments were made to several Russian federal laws, with the changes coming into force in the same month. Despite the fact that this law was supposed to be of a merely technical nature, bringing a range of laws into compliance with Customs Union terminology, it contains a number of substantial amendments that increase risks for companies involved in cross-border trade.

Federal Law No. 409-FZ, dated Dec. 6, 2011, on amending specific items of Russian federal legislation (which came into force on Dec. 7, 2011), has amended the federal law on customs tariffs. All rules have been excluded from it that relate to determining the customs value of goods (these issues are now governed solely by an agreement dated Jan. 25, 2008, on determining the customs value of goods moved across the customs border of the Customs Union). Also amended is the Russian Code of Administrative Offenses ("CoAO"), specifically its Chapter 16, establishing criminal liability for violations of customs rules. There is an increased limitation period, raised from one year from the date on which the administrative offense was committed to two years, applicable to liability for a violation of the customs legislation of the Customs Union and Russian customs legislation.

The Federal Law does not directly specify whether the effect of this rule extends to violations committed before Dec. 7, 2011. In our opinion, by virtue of Article 1.7(2) of the CoAO, it may be applied only to administrative cases regarding a breach of customs rules committed after Dec. 7, 2011. However, clarifications of the Federal Customs Service (FCS) regarding the application of a three-year time limit for customs control to be carried out once goods are released does suggest that the FCS may be expected also to extend the effect of the amendments to violations committed before that date.

However, businesspeople have even more questions regarding the adjustments made to Article 16.2(2) of the CoAO, which establishes liability for making incorrect declarations. The previous version provided for liability for incorrect information being given about goods if such information affected the amount of customs duties and taxes. In accordance with Article 181(5)(2) of the Customs Code of the Customs Union ("CC CU"), such information includes the name, description, customs code under the Customs Union's Commodity Classification for Foreign Trade ("CCFT CU"), country of origin and customs value. Most customs experts are concerned that the express listing of the above information in the new text of the law is aimed at amending the court practice that has developed regarding incorrect information being given when goods are declared regarding their CCFT CU classification code when an accurate and full description of the goods is also given. However, from our point of view, the greatest threat lies in the fact that, under the new text, there is also liability for incorrectly stating "other information" that affects the payment of customs duty and taxes. Such information may include, in particular, the rates of customs duty, taxes and customs fees; customs concessions, including tariff preferences; and exchange rates applicable when the amounts of customs payments are calculated. Accordingly, if there was previously no administrative liability for giving incorrect information of the type stated above (including in error), such liability may arise now.

Moreover, in the new draft of Article 16.2(2) of the CoAO, it is stipulated that a breach has been committed even if customs payments have not been paid but incorrect information given when goods were declared may serve as a basis for an exemption from or reduction in the amount of customs duties or taxes. This version applies when a person is charged with an administrative offense based on such circumstances before goods are released, when previously case law did not favor the customs authorities in this regard. An example is when the customs authorities discovered, as goods were declared, incorrect information that affected the amount of customs payments that were due and the amount not paid was made up before the goods were released. In such situations, courts proceeded on the basis that the elements of the offense were definitively in place only when negative consequences had actually occurred as a result of the offender giving incorrect information about goods it had declared; this was when the state budget suffered loss as a result of customs duties or taxes not being paid. However, since the customs payments were made in full before the goods were released, the elements of the offense were not in place. Now, it seems, the FCS has eliminated the grounds for courts to set aside resolutions of the customs authorities in cases concerning administrative offenses. We do not exclude the possibility of court practice changing with regard to such cases.

In addition, we believe that the substance of the offense (as provided for in Article 16.2(2) of the CoAO) is absent in the actions of the declarant or the customs representative if the company on its own account revealed that incorrect information had been declared and this had affected the amount of customs payments, if the company then contacted the customs authority with a written application to amend the customs declaration, stating reasons for this. This would testify that steps had been taken to comply with customs law. The lawfulness of this conclusion is confirmed by some courts. However, it seems more correct for such an approach to be reflected in legislation. The Kyoto Convention, to which Russia joined a year ago, and Article VIII of GATT require that legislation provide for an exemption from liability, or for proportionate and justified penalties for violations that are committed as a result of errors. In the Russian administrative code, the lower limit of the penalty if goods are regarded owing to a mistake of a foreign supplier is 100 percent of the goods! To this end, it is proposed to stipulate that there is no liability if, before the customs authority discovers the incorrectness of information asserted in a customs declaration, the declarant itself has stated the discrepancies, including when goods have already been released.