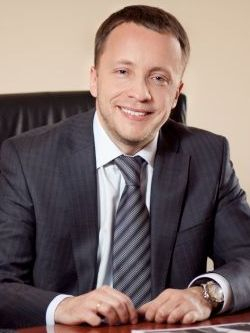 At the present time, there is an escalating number of proposed changes to Russian corporate law. Last year there were 19 large corporate conflicts connected with assets in the total amount of $38 billion. More than 200 draft bills were suggested during the last year. The most important of them were two draft bills concerning amendments to the Civil Code of the Russian Federation. Moreover, in 2008 and 2009 there were substantial amendments to contemporary Russian corporate law.

The most important legislative aim is to guarantee favorable treatment for investments. That's why in our opinion the law drafters should foresee among other things the following terms: prevention of hostile takeovers, detailed regulations on companies' internal activities, limitations on rights abuse by minority shareholders, etc.

There are a few important draft bills: on economic partnerships (the draft bill became a federal law), on public companies and on escrow accounts.A draft law that was suggested to amend the Civil Code of the Russian Federation includes provisions that change the regulation of legal entities. The bill partly simplifies the classification system for legal entities. It assumes some new categories: a corporation, a unitary organization and other. Public companies will be regulated in the following way: They cannot be considered an independent legal entity because the Russian Federation can take away their assets and strictly control their managers.

The trend to provide more freedom to the members of the corporation in regulation of the internal relations becomes more direct.

Corporate agreement will expand investors' possibilities to control the ­company's management. Regulation of the institute in the draft law corresponds more to the needs of the owners of the business than to the present regulation. All corporate members are not obliged to follow the agreement. It is important that the performance of a corporate agreement is not secured by legislation. Application of the permissive rule principle is increasing. Probably the provision that a breach of corporate agreement is grounds for challenging a transaction will create some imbalance without providing any guarantees against abuses on behalf of the parties to the agreement.

The adoption of a meeting decision is a fact that gives rise to consequences for third parties and is binding upon other members who voted against this decision. Challenging such transactions will be allowed in a case of an essential breach of order of convening and holding a meeting, depending on voting. There are a lot of evaluative terms in the draft law; it enlarges judicial discretion and creates additional risks for investors.

Taking into consideration the importance of merger and acquisition practice, the draft contains provisions concerning particular aspects of accounting with participation of intermediaries. Banks may be entitled to control the opportunity of the owner of the account to dispose of beneficiary funds. The draft law includes a new scheme: the escrow account. We believe that new legal institutes promote the development of civil law.

The analysis of the draft bill shows that not all of the everyday needs of entrepreneurs have been satisfied in regulation of corporate relations. The public notices that the deals are structured under foreign law. All the amendments give an opportunity for Russian law not to lose its position, and they will make it more competitive.

nothing nice to say

“Sending such a congratulatory message is hardly appropriate,” the Kremlin said.
examination required

Observers have said the case bears a resemblance to the Soviet-era practice of punitive psychiatry against dissenters.
War on All Fronts