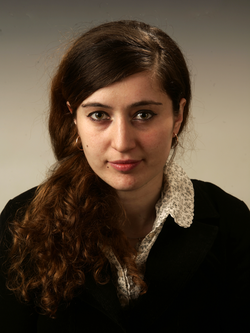 Labor migration in Russia has been developing particularly actively recently. According to data by the Federal Migration Service, 7 million foreign citizens entered Russia in the first half of 2011, which is a 10 percent increase year on year. The majority of those entering the country are migrant workers. At the same time, not all issues related to the legal hiring of foreign citizens are legislated today, thereby giving rise to complications when concluding labor agreements with foreign citizens.

Specifically, one of these issues is whether to conclude a fixed-term or a non-fixed-term employment agreement with a foreign citizen. Federal Law No. 115-FZ "On the Legal Position of Foreign Citizens in the Russian Federation," dated July 25, 2002, also does not stipulate for which term labor agreements must be concluded with foreign citizens because the period that foreign citizens are permitted to stay in Russia is limited to a specific term as indicated in their visas.

Another special feature to concluding labor agreements with foreign employees is that the amount of payment or other remuneration is not subject to being taxed for the pension fund, the social insurance fund or the fund of obligatory medical insurance. At the same time, it is important to note that foreign employees are subject to obligatory social insurance against job-related accidents and professional illnesses, as they are individuals completing work on the basis of a labor agreement signed with an insured party.

Under these circumstances, a migrant worker has the right to conclude a new labor agreement with another employer of the host country for the period remaining until the indicated work permit expires, provided that there are at least three months remaining until expiration. Currently, there are various international agreements concluded with the governments of France, China, Lithuania, South Korea, Ukraine, Belarus, etc. that govern the labor relationships between the employees of the countries and establish special regimes for employment.

The announcement comes as Russia grapples with the highly contagious Delta variant that is more resistant to Covid-19 antibodies.
EXPLOSIVE RISE

‘What We Did Before Just Isn’t Working’: Delta Variant Threatens to Overwhelm Russia

Russia has only vaccinated 13% of its population against Covid. With herd immunity a distant prospect, it now has to fend off an infectious variant.