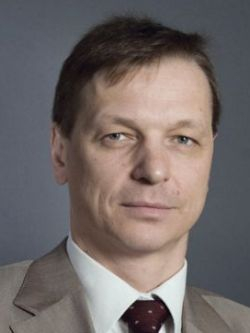 The customs classification of goods under the Commodity Classification for Foreign Trade of the Customs Union (TN VED CU) has never been easy, and it is always of interest above all for logistics and customs clearance specialists.

Incorrect classification might entail overpayment of customs dues, which eventually means a higher price for the end consumer of the goods and/or in most cases losses for the business or underpayment usually entailing additional customs payments and penalties for late payment and administrative fines. Also of importance are risks associated with businesses and their officials being held criminally liable for intentionally incorrect classification resulting in understatement of customs payments in large amounts.

Classification of goods has become a pressing issue as a result of the new version of the TN VED CU (approved by Customs Union Commission Decision No. 850, dated Nov. 18, 2011) coming into effect on Jan. 1, 2012, being itself the result of adoption of the 2012 version of the Harmonized System. 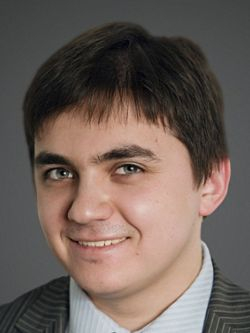 Formally, the commodity classification in Russia contains all the requisite rules for classifying goods (the General Rules for the Interpretation of the Harmonized System — GRI — are an integral part of the Russian legislation), plus relevant Section and Chapter Notes and notes to headings, for use in selecting the TN VED code. Yet for a final conclusion in relation to application of a TN VED code, these data are often inadequate.

One of the most important sources of information to use if there is any ambiguity over goods classification is in the Clarifications to the TN VED CU. This is a document drawn up to ensure unified application of the goods classifier, including interpretation of the GRI. The document clarifies the comments on the sections and groups of the commodity classifier and provides examples and grounds for classifying specific types of good. The current Explanatory Notes were recommended for use by CU Commission Resolution No. 851, dated Nov. 18, 2011. Though they are recommendatory, the Explanatory Notes have been used extensively in practice. It should also be remembered that they were drawn up when the previous version of the TN VED CU was in effect, so parts of them are already out of date.

When deciding on a TN VED CU code, the clarifications and decisions of the Customs Union Commission and the Federal Customs Service on classification of individual types of goods should also be taken into consideration. These are published in public sources, are de facto binding in character and are addressed to an indeterminate group of importers.

By virtue of a number of factors, an importer does not always correctly determine the TN VED code. To avoid the risks associated with this, use may be made of the mechanism of obtaining advance classification decision. This is in a document issued by the Russian customs at the importer's request. The decision ascribes the TN VED code in relation to a specific good imported by the importer. The importer is required to be guided by the decision during customs clearance. The decisions are not universally binding, but other importers may use them as a basis for classifying similar goods. Information about classification decisions adopted in the Customs Union is currently published on the Customs Union Commission's website. Individual Russian decisions may be found on the website of the Federal Customs Service of the Russian Federation.

The TN VED CU, like the customs tariff classifiers of many countries, is based on the Harmonized Commodity Description and Coding System. This means that all classifiers are founded on unified rules of interpretation and a unified system of commodity coding (to the six-character level). In this connection, application of foreign commodity classification practice is fully justified.

It is very useful to look up classification decisions taken by customs administrations of other countries in relation to specific types of goods. This helps pinpoint the global "trend" in classification and thus exclude or mitigate a potential error in selecting the TN VED code, as well as assess the prospects for classification of a good in Russia using the advance classification decision mechanism. In certain situations, reference to existing foreign practice in classifying individual goods might prove to be a serious argument in a dispute with the Russian customs authorities.

Many customs administrations publish their own classification decisions on the Internet. In particular, decisions made by the United States (rulings.customs.gov) and the European Union (ec.europa.eu/taxation_customs) are publicly accessible.

Our practice has shown that, given a correct approach to deciding classification matters and on the strategy and tactics for handling a customs dispute, virtually any legitimate position in relation to classification may be successfully defended.

Authorities are seeking to speed up Russia's vaccination drive while new infections in Moscow and across the country are on the rise.
russia's response

Moscow mayor Sobyanin on Saturday announced a 'non-working' week in the Russian capital to curb the spread of coronavirus infections amid a slow vaccination...
The Big Meeting