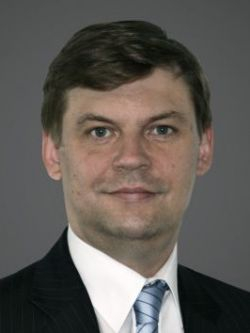 In 2011, five key court decisions from the Supreme Arbitration Court (SAC) shaped the way taxpayers do business in Russia. But their real influence will only be felt throughout 2012.

In Severny Kuzbass, the court completely dismantled the thin capitalization protection under the nondiscrimination double tax treaty clauses. This was done with reference to the associated enterprises treaty clauses, providing for possible profit adjustments to the related party transactions not at arm's length. As most of the protocols to the treaties ensuring unlimited interest deductibility — including with Germany and France — subject this benefit to the compliance with the same clause, there is little doubt that the discussion on whether the protocols prevail over the Russian thin capitalization rules is now over as well.

The protocol to the treaty with the Netherlands that makes no such reference may be one exception, but still there is already one negative case, Bryansky Mashinostroitelny Zavod, where the court paid no attention to the protocol whatsoever. The way out can now only be found in using sister company financial structures with lots of evidence as to the lender's substance, own business purpose and varying sources of funds. Alternatively the 3:1 debt-to-equity ratio has simply to be complied with.

It has been a common practice for Russian taxpayers who were developing real estate to structure the construction by making use of a so-called investment agreement where the future owner invested funds with the property developer, with the title upon completion arising directly with the investor.

Accordingly, the developers paid taxes only on their remuneration and investors credited VAT under the VAT invoices from the constructors (received through the developers). The SAC in Resolution No. 54, dated July 11, 2011, ruled that such projects are in fact sale and purchase deals where the developer is the seller and the investor is the buyer. It follows that the developer has to recognize all of the investment as its own sale while the investor can only credit the VAT under a VAT invoice from the developer for the building and not just its remuneration. This ruling not only changes the way the transactions have to be structured but also exposes to tax risks all such transactions that happened over the last three years.

Creating benefits for somebody else does not affect VAT recovery

In Tulatsement (a HeidelbergCement AG subsidiary), the SAC supported the taxpayer in crediting VAT paid to contractors used to repair a public road. The lower courts denied the credits because it seems they were mesmerized by the fact that the taxpayer repaired not only somebody else's property but a property with public access. The SAC quashed their decisions, making it clear that it is the economically sound intention of the taxpayer that counts — in this case, the company needed the road to be intact to complete the construction of its factory and transport manufactured cement after the factory comes into operation. This precedent seems to be applicable to all cases where other parties may benefit from the taxpayer's expense incurred nevertheless primary for their own good.

In Uralstroimekhanizatsia, the SAC observed that as of 2007 there is no need for the taxpayers to submit a VAT refund request to the tax authorities unless they want to receive the VAT into a specific bank account. Hence, refunds must follow by default, which is unless the taxpayer specifically asks to credit the VAT against other taxes or future VAT liability. Considering that historically many did not file any requests for a long time to avoid controversy, there is a good chance the tax authorities may owe them interest already.

Whenever a purchased resource is used for both VAT-able and non-VAT-able operations, the amounts of VAT to be credited and to be treated as cost are determined by VAT-able to non-VAT-able operations ratio. The non-VAT-ability in the formula is word for word the one used in the tax code for operations exempt from VAT (i.e., which would have been subject to tax if not for this exemption). However, for Kaspersky Laboratory, the SAC ruled that operations forming no VAT object at all (in this case, sales outside of Russia) must be considered non-VAT-able in the ratio. It seems now possible that all kinds of income for any reason not subject to VAT may be considered by the tax authorities and the courts affecting the ratio.

The European Union on Thursday adopted a fresh round of sanctions on Russia in response to Moscow’s annexation of four Ukrainian territories, which...
inconsistent call-up

The Kremlin said Thursday that an OPEC+ decision to sharply cut production was designed to stabilize global oil markets, after Washington said the move...