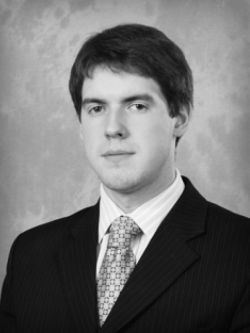 Early 2012 a number of important amendments to the tax legislation entered into force. The renewed transfer pricing rules are of special significance among them as they can significantly affect the activities of numerous large companies including those in the Ural region.

In substance, the transfer pricing rules represent a special methodology for assessing prices used in the transactions between related parties for taxation purposes. The key idea is that such prices have to correspond to the prices that would be used by independent persons in similar transactions concluded on comparable terms.

Such rules have existed for nearly a century in the West, while Russia introduced them fairly recently and so far this tax control mechanism has been quite ineffective in Russia and has had a limited scope of application.

However, starting from 2012 the situation should change dramatically. Thus, the new law specifies definition of the related parties and significantly expands the list of the controlled transactions. In particular, the new rules will cover all foreign trade transactions concluded by the related parties as well as the transactions between Russian affiliated persons if the annual revenue from such transactions (the sum of transaction prices) exceeds 1 billion rubles or, with respect to certain transactions with mineral resources, 60 million rubles. Transitional provisions will be effective in 2012 and 2013 providing for a temporary increase in the above thresholds.

Apart from the sale of goods, work and services the new rules will also apply to the transactions with property rights (including intellectual property rights) and financial transactions that will significantly limit the ability of Russian companies to transfer funds abroad as royalty or interest payments that are often seen as an alternative to dividend payments.

The transfer pricing methods have also been significantly amended, and the rule that prices may deviate from the market level by 20 percent (meeting this condition guaranteed that the tax authorities would have had no claims) has been replaced by a market price range that in practice turns out to be much narrower than the interval used before.

In view of the above it is obvious that the new transfer pricing rules will become a much more effective tax control tool as compared with the previous set, especially due to the fact that economic substance of a transaction is actually recognized as prevalent over the legal form and that the burden of proof is partially shifted to taxpayers by introducing a requirement for certain categories of taxpayers to compile transfer pricing documentation and submit the respective reports.

Despite this only a limited number of companies are expected to feel the effect of the new rules during the first years of their application primarily due to the fact that control in this area will not be exercised by the local tax offices. Instead control functions will be the responsibility of a special department of the Russian Federal Tax Service, which currently has about 50 staff members and is most likely to focus on the major players.

Nevertheless, such Russian business giants as Gazprom, Russian Railways, Norilsk Nickel, RusAl, TNK-BP, LUKoil, NLMK, Rosneft and IDGC Holding are expected to form a consolidated group of taxpayers (CGT). The prices of transactions concluded between the companies within a CGT will not be subject to control as expressly stated in the law.

The challenges of enhanced control will be also avoided by the major taxpayers that have entered into the advance pricing agreements with the Russian Federal Tax Service setting out the main rules of the game, i.e. procedure for assessing prices / applying pricing methods in/to the controlled transactions. However, estimates by the Russian Finance Ministry show that the number of such agreements to be concluded in 2012 is not to exceed 20 or 30 for the reason of FTS limited human resources.

The remaining companies that are also subject to the control will be required to follow the general rules. Due to a focus on large taxpayers it is expected that in the Urals the Russian Federal Tax Service may pay special attention to reviewing the transfer prices set by Mechel, Russian Copper Company, UMMC, Fortum, Itera, Renova, etc.

Evidently, like any other legislative amendments, the new transfer pricing rules will require certain preparatory effort on the part of taxpayers. They will have to project possible tax consequences of the intragroup transactions and manage the respective risks at an early stage. At the same time there remains room for utilization of transfer prices as a tax planning tool.