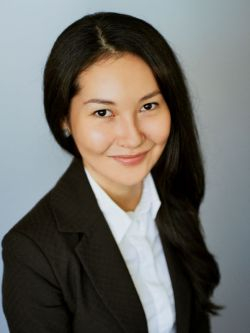 Pursuant to Federal Law of the Russian Federation of Dec. 7, 2011, No. 420-FZ, defamation and insult are no longer considered crimes prosecutable under the Russian Federation Criminal Code (hereinafter the "Criminal Code"). Such actions are now punishable instead under Articles 5.60 and 5.61 of the Russian Federation Code on Administrative Offences (hereinafter the "Administrative Code"). Accordingly, these legislative changes have already led to the termination of several recent high-profile criminal cases, such as the Artemy Troitsky (music critic) vs. Vadim Samoilov (rock musician) case. The article below addresses these changes in more details.

The description of new administrative offenses is similar to that previously found in the Criminal Code, except one new specialized offense was introduced: failure to prevent defamation/insult in publicly displayed work or mass media.

According to the new regulations there are three categories of possible offenders in defamation and insult cases — natural persons, legal entities and officials — while previously only natural persons were subject to criminal prosecution. However, the new special defamation and insult offense — failure to prevent defamation/insult in a publicly displayed work or the mass media — is applicable only to legal entities and officials.

Previously criminal prosecution under these types of cases was initiated only after the injured party had filed an application, and it was terminated if the injured and accused reached a settlement. Now administrative proceedings may be initiated by a state prosecutor based on any cause provided by the Administrative Code, including if an offence is revealed by authorized officials or reported in mass media. The statute of limitations has been reduced from two years to three months, although cases are tried by the courts as before.

An open issue is the procedure for applying the new offense (failure to prevent defamation/insult in publicly displayed work or mass media). It is clear that offenders thereunder do not themselves commit defamation or insult but rather fail to adequately prevent the occurrence of a violation by others. The troublesome issue is whether a court decision is needed to qualify certain actions of those others as defamation/insult to be prevented or if legal entities and officials (editors, site administrators, etc.) should at their own discretion pre-moderate information distributed by them. Only future court practice can resolve this controversial issue.

Changes in the type of punishments

Previously the Criminal Code provided a wide range of penalties from fines (up to 300,000 rubles) to even imprisonment for up to three years. Now the only penalty provided is the administrative fine. The fine amount differs for each category of offenders: The highest fine for natural persons is 5,000 rubles; for officials 50,000 rubles; and for legal entities 500,000 rubles.

Notwithstanding the above, one should remember that defamation and insult may still lead to civil claims that have no statute of limitations and no caps on damages claimed. Moreover, although defamation and insult have been decriminalized, insulting public officials is still prosecutable as a crime under Article 319 of the Criminal Code.