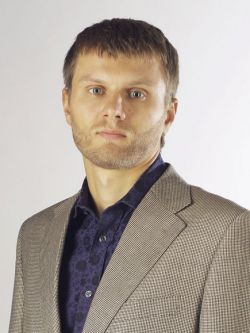 The departing year of 2011 ushered in a new era of rapid growth for private equity funds, both in terms of fund numbers — 15 new funds were established — as well as quantity and volume of transactions — more than 100 closed deals. The bulk of the newly established private equity funds owe their existence to Russian businesspeople. They were part of their strategic investment strategies aimed at diversification of financial assets. Unfortunately, only very few existing and newly established funds succeeded in attracting institutional investors. Among the exceptions is NRG Fund, which successfully attracted investment from the European Bank for Reconstruction and Development (EBRD) and Darby Overseas Investments.

In 2011, this sector, which consists of clothing retail, children's clothing and toys, household appliances, and media retail (movies, music, etc.), was at the center of private equity funds' attention. Following a spike in food retail sector-related deals, during which funds had a chance to study its modus operandi in detail, PEFs' attention was shifted to the related sectors known for their higher cost-effectiveness and scalable. Among the most noteworthy of the deals were the purchase by UCP Fund of a stake in Monarch, acquisition by UralSib Direct Investment Fund of a stake in Academy, and the announced increase by a Swedish investment fund of its stake in Melon Fashion Group

A higher than usual interest shown by PEFs in online trading in 2011 was due to the exceptional capitalization growth dynamics shown by such international players as Zapato, Ozon, Groupon, etc., as well as to the rapid development of the Russian market. The fact that Russia's e-commerce market is still poorly developed and not noted for high competition means that it's easier for its participants to achieve higher growth and profitability. Successful online sales are no longer limited to the clothing segment but also include accessories, media, cosmetics and household appliances. Among the announced deals, the following are particularly interesting: Aton Capital Partners became a co-investor in KupiVIP; more than $100 million was invested in Russian online shop OZON.ru by ru-Net, Index Ventures and Alpha Associates funds and Japanese online retailer Rakuten, with each receiving a minority stake; iTech Capital Fund agreed to invest in the fast-growing Internet service Battle of the Brands in exchange for a controlling stake in the company — the project was launched in March 2011 and attracted more than 300,000 active users already in the first seven days of its existence.

Although the extent of investment into the oil and gas sector by private equity funds was limited due to excessive political risks and high entry costs, they spent their time carefully studying the market of oil-related services and equipment. This market is noted for its high profitability levels and a logical exit strategy — through a sale to foreign multinationals. The key impediment is a lack of transparency. The most striking deal witnessed by this industry was the investment by Rusnano and two large private equinity funds, BVCP and Russia Partners, into Novomet-Perm, a manufacturer of submersible equipment used in oil extraction. It is expected that one of the results of this project will be Novomet's greater presence in foreign markets of oil field equipment.

Despite the fact that in 2006-09 we saw both strategic and financial investors actively using consolidation strategies in the broadband service sector, there are signs that 2011 will mark the beginning of a new spike in investment into this sector. This is due to a consolidation strategy being implemented by the "Big Three" and aimed at greater service diversification. This year saw BVCP acquire a stake in ER Telecom, CapMan buy shares in SibSet, and Elbrus Capital consolidate its assets on the basis of the portfolio company Telecom Boom. In addition to the announced deals, several funds are working on consolidation of regional Internet service providers with the goal of subsequently selling them on to the companies representing the "Big Three."

Moscow and St. Petersburg are seriously lagging behind other European capitals in terms of restaurant industry potential. This fact is responsible for the impressive growth experienced by this sector and driven by both national brands and international franchises. Among this industry's key transactions were the acquisition by CapMan Fund of a stake in international pizzeria chain Papa John's, and purchase by Elbrus Capital of a stake in catering company Cantina City.

We participated in five such transactions, but their completion is scheduled for 2012.

What Should the Private Equity Market Expect From 2012?

The 2012 direction of market development will largely depend on such factors as global recession and oil prices. If the current situation remains unchanged, the industry is unlikely to see a significant growth. However, the plans of the Russian Private Equity Fund (RPEF) may significantly revive the market both in terms of transaction sizes and sector direction. In addition, it is also likely that global equity funds and the RPEF will act as co-investors, thereby generating investor interest in the Russian market.

The larger the transaction, the less potential targets for investment there are. This, in turn, restricts the RPEF's search options. On the other hand, there is a hope that the RPEF may consider the acquisition of companies making up the funds' existing portfolios, and which have grown and are properly managed. In this case, the growth will be slower. Also in 2012, we can expect most funds to be looking for a suitable investment exit strategy given that a five-year investment term is drawing to a close and funds need to return the money to investors.

We are also witnessing an increase in the interest shown by private equity funds in the infrastructure sector (logistics, transport, power generation, utilities). Investment in this sector tends to be more capital intensive and have a lower yield compared with the industries traditionally favored by private equity funds for investment. This December saw the announcement of the year's first deal by Macquarie Renaissance Infrastructure Fund involving the acquisition of a stake in the GSR Energy. In 2012, the momentum for such transactions may be generated by Russian and foreign investors (MRIF, RFPI, SPRING).