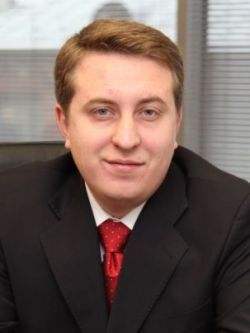 This article addresses a number of controversial issues with the aim of stimulating discussion rather than convincing the reader of the infallibility of the ideas put forward here. The position of the author does not necessarily represent the position of the organization that he represents.

Euphoria: an exaggerated feeling of physical and mental well-being, especially when not justified by external reality. Such is the dictionary definition of euphoria, and this emotional state is increasingly starting to resemble the situation today with regard to social media.

In my deliberately skeptical view, this primarily concerns three aspects of the social media phenomenon: the investment story, the professional aspect and the personal side. With regard to all three of these aspects, the expectations of the future success of social media in solving various problems have clearly been blown out of proportion — they are bubbles. I would not blame the online social networks, which truly are ingenious inventions with enormous potential for application, but rather the nature of those who use such networks.

This nature, unfortunately or perhaps for the better, changes very little, even under the influence of new information technologies. Some are greedy, others are chasing the latest fashions while yet others are in search of miracles, all of which leads to the same result achieved by man in all areas of human activity since the beginning of time — any idea, even the brightest, can be taken to an absurd extreme. It would be a horrible pity if such a wonderful thing as social networks falls victim to our faults.

It is worth noting that our expectations of social media, as a means for enriching ourselves, making us more effective at work and helping us solve personal problems, are, to say the least, overinflated.

Today the valuation of the flagships of the industry, Facebook and Twitter, as they prepare for IPOs exceeds their present ability to generate income by 40 to 50 times. For comparison, the market capitalization of the high-tech leaders and investors' darlings Apple and Google stands at about 3 and 5 times their annual revenues, respectively, i.e. 10 times less than the social networks! The comparison with the traditional industries is even starker: market value is usually 1 to 1.5 times earnings, i.e. a company is roughly worth its annual revenues.

It is clear that the preliminary market value of social networks factors in the enormous hope that they will begin to make exponentially more money. We are not simply talking about high growth in income from year to year but rather about a fundamental change in their business opportunities and a multifold increase in earnings. But what is this based on and when is this going to happen?

Firstly, there are demographic limitations — according to various estimates Facebook has more than 700 million users. Even if we are talking about 100 percent saturation of the planet's population, then this would imply growth in the number of users by several-fold but not growth on the level of orders of magnitude. Thus the number of users cannot in its own right be considered an objective indicator of success.

Secondly, we have economic limitations — growth in the purchasing power of the population is slowing as the global economy cools, including in developing markets. Furthermore, advertising remains the main revenue source for social media, and we know that advertising budgets are the first to be cut following the onset of a crisis. Proponents of social media might take issue with this and assert that this largely concerns traditional media, the advertising budgets for which will be transferred to social media. However, the first wave of the crisis in 2008-09 shows that one should not place too much hope on this assertion. The traditional media, which were supposed to die out years ago, remain (with the exception of certain print publications) and have adapted to the new conditions — in particular, they are actively using social media to promote their content.

Thirdly, rapid growth in revenues will require major investments, and competition for capital today, with problems plaguing financial markets and a debt crisis threatening the world, is increasing like never before. It is clear that financing will go to those companies that have proven able to generate revenues even in the most difficult of times.

Fourthly, we cannot forget about the information security threat. The reputation of many social networks would not survive a major hacker attack and subsequent breach of confidential information about millions of users. The flip side of this could be increasing control by governments and regulators, which would drive up companies' expenses and impact their ability to develop quickly. The growing opportunities for organizing massive protests through social media could also provide impetus for greater governmental control.

And, finally, do not forget about the strong competition for audiences or, more precisely, for their time among various social networks, which keep popping up like mushrooms. The process of specialization is underway — new formats are appearing and convergence can be seen with other Internet and communication platforms (for example, Google+). Consumers are being offered a selection, and they are becoming more demanding. Furthermore, they are simply getting tired of the customary and are looking for something new. Right now we are already witnessing the final days of what once seemed like superpromising projects that several years were all the rage — for example, MySpace. Nothing is eternal, and this is particularly true on the Internet.

Today every self-respecting politician, public opinion leader or celebrity has a page in the leading social media. This is quite understandable, as you can always find someone who wants to subscribe to the newsfeed of their heroes. But it is not always understandable why an ordinary people should subscribe to the newsfeed of, for example, a grocery store, hairdresser, taxi service or insurance company whose services they may or may not use.

How many of those people who subscribe to electronic advertising mailings actually proceed to then attentively read them? Why would people, who earlier automatically deleted such e-mails without bothering to open them, now suddenly subscribe to similar mailings via social media? What is fundamentally new about receiving and distributing marketing information though this channel? Yes, of course, feedback! But what prevented this from being provided and analyzed earlier? If a firm or company earlier did not have dialogue with and feedback mechanism for clients, why is it suddenly going to be interested in this now? As a rule, such a company would similarly use social media as primarily a channel for sales and promotion, using the feedback mechanism merely as bait.

But that is not the worst outcome. Unfortunately, an enormous number of companies and brands are actively developing their presence in social media only because someone convinced them that everyone is doing it and today this is indispensable. They rush to launch pages on all kinds of networks without having clear objectives and a strategy, and without taking into account possible risks and, most importantly, expenses related to having a presence in social media. This last point is particularly important, as to this day the majority believe that this is a cost-free or budget method for promoting one's brands, goods and services.

Unfortunately the lack of clearly formulated Key Performance Indicators (KPI) of a brand's presence in social media is often compensated by sophisticated and poorly understood concepts like conversion, experience, advocacy, engagement and so on. This is a rather convenient arrangement, as those whom you are paying money for this ultimately do not bear any responsibility for the result. After all, how do you measure engagement?

These people convince us that social media is not just the future but it is already the present in marketing communication, the most flawless and effective means. They tell us that you should have had a page up yesterday, and tomorrow will already be too late, as your place under the sun will be occupied by one of your competitors.

Unfortunately, such a delirious approach always produces to one and the same result — at the very least, wasted money (and the fact that this waste was less than it could have been in traditional media is no consolation) and at the very worst — reputational damage. After all, that's what social media are, meaning that the users, which are not only your loyal clients and partners, determine the discussion flow. And even with very heavy moderation it is not possible to completely protect oneself from negativity on the Internet. Do not deceive yourself — you do not have full control over the situation.

Most people do not remember what they read or watched yesterday in social media. The flow of information is so large and disjointed that its value and importance is continually reduced thanks to perception defense mechanisms — we cannot empathize with everything we come across. Social media are not at fault for this; they are only a symptom of the culmination of the information reality in which we live.

Back in the 1960s Stanislaw Lem wrote about the problem of oversaturation and devaluation of information. He wrote that the human life is not long enough to become acquainted with even a small portion of core human knowledge, the truly valuable information that has been left to us by our ancestors and continues to be created by our great contemporaries. But this is only half of the problem. The main issue is that it is becoming increasingly difficult to sort out this valuable information from the useless, and this alone can take up a large portion of one's life.

Today's social media are a colossal storage bin of information that continues to expand with each passing second. But what kind of information is this? Photographs, video clips, jokes, gossip, borrowed quotes … The peculiarity of social media content is undoubtedly worthy of separate analysis.

Despite the fashionable gloss of social media, time spent on this medium has for most people replaced the aimless watching of television. Studies relentlessly demonstrate that people are spending more and more time communicating with their friends and loved ones via social media and less time interacting in real life. Meanwhile, following the lives of other people, they let ever more opportunities in their own lives pass them by.

The extraordinary devotion of some people to communicating in social networks has not led to an expansion of opportunities for communication but rather to a limitation of their social contacts, loss of identity and loneliness.

Of the three bubbles described above, this last one is the most controversial and least obvious, but it is also the most dangerous. We fully give ourselves over to this thing that promises to make our communication and, subsequently, our lives fuller, better and more interesting. We are inflating this bubble ourselves and, following the example of companies engaged in network marketing, bring our acquaintances and friends along with us into this pyramid.