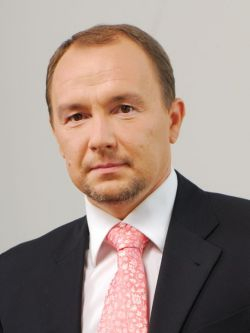 The most significant recent developments in the Russian tax system came to be the transfer pricing rules that had undergone a radical face lifting and an absolutely new Russian tax law opportunity to create a consolidated group for income tax purposes payments.

Both tax institutions have common origins — they govern the allocation of profits among group companies. Companies, being legally independent but economically related, may enter into internal transactions and set prices that are not arm's length, i.e. different from those to be agreed between independent enterprises in a similar market conditions. This creates an opportunity (and a temptation) to artificially allocate profits from one tax jurisdiction to another that provides for a more favorable tax regime (e.g. lower tax rates). The tax control over the prices agreed for intra group transactions (so-called transfer prices) must prevent the erosion of the tax base in Russia.

On the other hand, fiscal interests require an equitable allocation of profits among group companies within Russia. This is due to the fact that most of the profit tax goes to regional budgets while the difference in tax burden between certain regions may reach up to 4.5 percent. Given this fact, the Russian rules provide for transfer pricing controls not only in cross border but also in domestic transactions. Compared with the previous transfer pricing rules, the focus of control is now placed on major domestic transactions with aggregate value exceeding statutory thresholds. This approach allows one to expect that the control will become more efficient. The new rules provide for special reporting obligations for the parties to such transactions. The parties shall notify the tax authorities about a transaction falling under control and keep special records (transfer pricing documentation) to evidence that their transfer prices are comparable to the market level. If the transfer price deviates substantially from the market level, the regulator would adjust the tax base and charge extra taxes that would have been paid if the transaction price would be arm's length.

The tax consolidation, a mechanism that is absolutely new for the Russian tax system, opens an opportunity for major businesses to allocate profits between the parties of consolidated group within Russia as prices agreed within intra group transactions are not regulated. The fiscal interests of Russian regions are compensated through allocating the aggregate profit gained by all of the consolidated group members among regional budgets pro rata to their core resources concentrated in such regions. Specifically, the group members that have more employees or more expensive production facilities, i.e. primarily manufacturers, would make a greater contribution in the tax allocation calculated as per consolidated profits. The artificial allocation of profits within such a group becomes meaningless. However, not every group of companies is entitled to such a benefit. First, such a group may include only corporations, which are related on the basis of participation in a capital and the level of such participation should not be less than 90 percent. Therefore, tax consolidation is mostly designed for holdings with rigid integration. Second, established thresholds for the aggregate revenues, total assets and total tax proceeds are high even for many large businesses.

The consolidation system as such is simple — it allows one group member to be picked as a party responsible for calculating the consolidated tax base as a sum of all incomes minus all expenses of the consolidation participants. The effect of intra group transactions on the overall result will be leveled off. Therefore, even if prices agreed within internal transaction are not arm's length, it would not affect the overall tax results. Furthermore, tax consolidation may yield savings in terms of profit tax payments as compared with the individual taxation provided that group members are not focused on each other in their business, i.e. they carry on "external" business. In such a case, the profits gained from external business of some group companies may be compensated by the loss-making business of other group members, while the final tax profits will result from netting.

Although the new consolidation rule currently has a very limited scope for application, the general trend in developing the tax environment for large businesses no doubt testifies to the intentions to create conditions that are in line with today's realities. As always, the matter depends only on the proper application of the new rules.