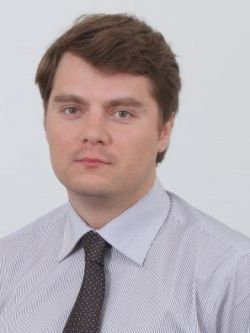 Only two months are left before the federal law on compulsory liability insurance for owners of hazardous facilities for harm caused by an accident at a hazardous facility ("the New Insurance Law") comes into effect.

From Jan. 1, 2012, the owners of all hazardous facilities in Russia will be required to insure against their civil liability for harm caused from an accident at such facilities.

Recent disasters in Russia, such as the explosions at the Raspadskaya coal mine and the accident at the Sayano-Shushenskaya hydroelectric power station, expose the vulnerability of hazardous facilities and, consequently, the risks to which an unlimited number of people are exposed.

Liability insurance mitigates the financial consequences of an accident for both the victims and the owner of a hazardous facility. Furthermore, such insurance constitutes a strong preventive measure by itself, as when assuming liability risks, an insurance company is able to assess a hazardous facility, its production processes and its integrity.

Will the New Insurance Law plug the existing gaps? Our thoughts on this issue are briefly outlined below.

Under this law, the object of compulsory liability insurance is the property interest of the owner of a hazardous facility coupled with its liability to compensate victims.

The majority of experts share the opinion that the insured amounts under the New Insurance Law seem to be reasonably adequate.

But the question arises as to whether the foregoing is sufficient for an effective regulation in the sphere of compulsory liability insurance. Unfortunately, by the time the new law enters into effect, many issues will remain unresolved.

The first important point is that natural persons are excluded from compulsory insurance policy holders. For instance, on numerous occasions, the opinion has been expressed that it will not be possible to force the private owners of elevators to effect such compulsory liability insurance.

Furthermore, there is currently no clear scheme for determining the amount of the insurance premium. Nevertheless, insurers proclaim that the market has a potential volume of up to 30 billion rubles during the first year of the operation of the New Insurance Law.

Apart from this, more than 20 various standards and professional work rules, including a variety of regulatory legal acts, are to be developed and confirmed by Jan. 1, 2012.

But for insurance companies in Russia, many problems remain unresolved. For instance, there is no settled concept regarding new types of insurance licensing or new policy forms, the development of uniform approaches to settlement of insured events or definitions of the amount of insurance compensation.

With such a short period before the commencement of the new law, it is hard to imagine how implementation of the New Insurance Law from Jan. 1, 2012, will be anything but "hazardous."